By LRU Writer | On: January 03, 2019
A meteorologist by profession, Colleen Coyle, appears as a team member of weather team at WFAA-TV. While her career as a weather forecaster reaches the height, her love life is equally blessed. She is married and shares the bond with her husband...Colleen met her husband back when she was in...Their paths crossed at... during their...Since then the pair has been together making memories. In...Colleen got engaged with her...after a year, they tied the wedding knot on... 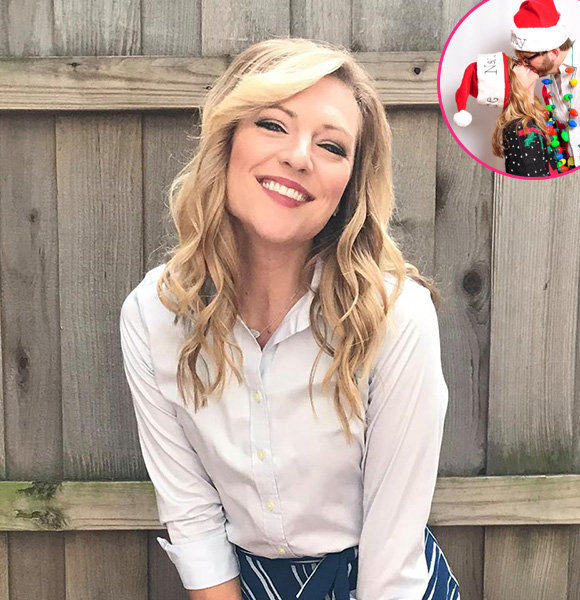 A meteorologist by profession, Colleen Coyle, makes several television appearances as a team member of weather team at WFAA-TV. She appears on News 8 Midday and News 8 at 4 pm with reports and live-shots.

While her career as a weather forecaster is reaching the prominent heights, her love life is also equally blessed. She is happily married to the love of her life.

Colleen and her now-husband have been together for years; cherishing presence and supporting each other's dreams. Their relationship is indeed a relationship goal in today's world of makeups and breakups.

Colleen Coyle, who previously was a meteorologist at KPSP Local 2 of Palm Springs, is blessed with love. She shares the marital voyage with her husband, Mike Rogers.

Colleen and Mike were together for years before they exchanged the wedding vows; turns out they are college sweethearts. Colleen met Mike while they both were a freshman at an engineering school.

Interesting: What Is Liana Brackett Age & Who Is Her Husband? Bio Reveals Everything

Their paths crossed at their dorm during a "Pancake Dinner." And, at first glance, the romance between the two sparked. Eventually, they started dating. After years of dating and making memories, Mike finally planned for a proposal. In March 2014, he left no stone unturned while planning one of their biggest moment together.

He took Colleen to hike in the Enchanted Rock of Fredericksburg, Texas and gave her a Shutterfly book, where he kept all their memories since the first date and an engagement ring. When Colleen, who had no idea of the coming proposal, reached the last page, Mike got down on one knee and asked her to marry him.

Colleen said "yes" to the proposal and the duo celebrated their engagement by drinking wine in a porch. But, the news of their engagement only came out when News 8 Daybreak congratulated the newly engaged couple.

Just after the engagement, the engaged couple was off to plan their wedding. From booking the venue for the ceremony to selecting the cake for the big day, the duo worked together for the dream wedding.

Finally on 17 January 2015, Colleen and Mike exchanged their wedding vows in Dallas, Texas. The pair was pronounced husband and wife in the ceremony that was accompanied by close friends and family. In 2018, the pair celebrated their three years of togetherness. While the duo has their fourth anniversary coming up, they marked their previous one through a post on Instagram.

Colleen, who has an average salary of $53,632, posted a picture from their wedding day marking the third anniversary. Through the caption, Colleen cherished the moments they spend together. Undoubtedly, they sure are a relationship goal!