By LRU Writer | On: April 03, 2019
American actress, Condola Rashad initially experienced the luxury of being the kid of celebrity parents; but luck wasn't the factor which helped her remain on top...Although she is known for her performances in Billions and Steel Magnolias, Condola's love life has also interested the critics and fans alike...She was once engaged to a film director, but the question that arises here is: Is Condola still together with her fiance? 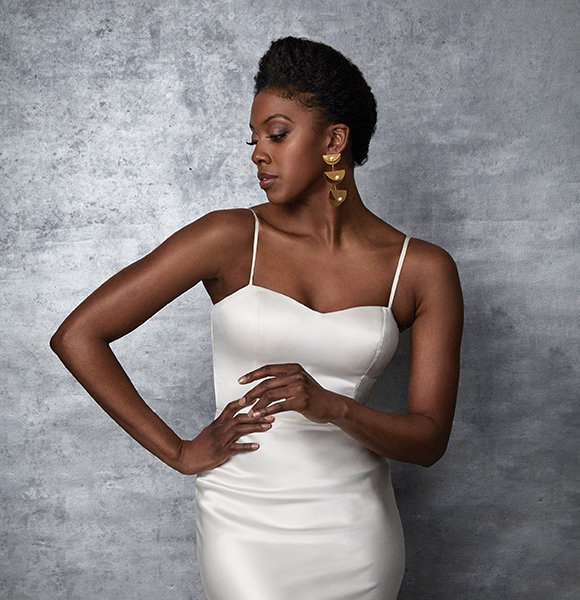 American actress, Condola Rashad initially experienced the luxury of being the kid of celebrity parents; but only luck wasn't the factor which helped her to remain on the top. It was her performances in Billions and Steel Magnolias.

Equal to her professional bliss, Condola's love life also has interested critics and fans alike. She was once engaged to a film director, but the question that arises here is: Is Condola still together with her fiance?

Engaged In 2017; Together With Fiance?

While many relationships in Hollywood don't last long, Condola wasn't in for a one-night stand.

She started dating American film director, Sebastian Vallentin Stenhoj a few years ago. Not much after, the couple took a romantic trip to Mexico, and Condola got surprised.

Soon after the couple reached the country, Sebastian proposed her during a boat ride on the New Year's eve of 2017. Overwhelmed by the proposal, Condola immediately accepted his sweet gesture.

Post getting engaged, Condola and her fiance made a few public appearances together. The last time the couple was seen in public was while they attended the Tony Awards in June 2017. It seems like their relationship took a downfall from there as the couple was not seen together again.

Further, Condola's Instagram post on Valentine's Day 2019 hinted that she could have broken her engagement with Sebastian. Alongside a picture of herself, Condola asked her followers to love oneself, which may mean that she is single without a boyfriend at the moment.

Condola and Orlando worked together as co-actors on the 2013 Broadway drama, Romeo and Juliet. Along with romantic chemistry on stage, the duo also shared a passionate kiss, which gave rise to rumors of them dating.

Condola also went on a night out with the former husband of Miranda Kerr, which further fueled the dating gossips.

However, the actress soon dissed the rumors claiming that the two were nothing more than good friends. As of now, Orlando is engaged to Katy Perry and is busy planning a wedding; whereas, Condola is reportedly single.

Condola is the daughter of famous parents: Ahmad Rashad and Phylicia Rashad. Her father is a former American football player, while her mom Phylicia is an actress. Apart from her parents, Condola has seven half-siblings in her family: six from her father's side and one from her father.

Her Mother's Relationship:- Phylicia Rashad: Divorced With Her Sportscaster Husband in 2001, But What About Children? Daughter Issues?

Following her mother's footsteps, Condola pursued a career in acting and has been able to achieve three Tony Awards' nomination. Her bio suggests that she has performed in several movies and TV shows including Smash, Billions, Bikini Moon, Complete Unknown, and more.

From her career as an actress, Condola has also accumulated substantial net worth. However, her net worth is peanuts compared to her parents' combined net worth of $63 million.

While no one doubts her acting skills, fans are more attracted by her beautiful looks.

Condola - who stands at the height of 5 feet 7¾ inches (1.72 m) - is known for her perfect body measurements. Further, she has also kept her weight in control, which is why she looks like a twenty-year-old girl even at the age of 32.