Will Arnett Dating Again, Who Is Girlfriend After Divorce? Kids, Age, Height

By LRU Writer | On: February 10, 2019
Gay or not, Will continues to live in infamy because of his dating history -- a feat which got worse following the separation from the mother of his kids...came across his ex-wife, Amy Poehler at...was married to actress Penelope Ann Miller...was in America to pursue his aspiration...A decade long search for relevancy ended in him finding his future wife, a fellow comedian... 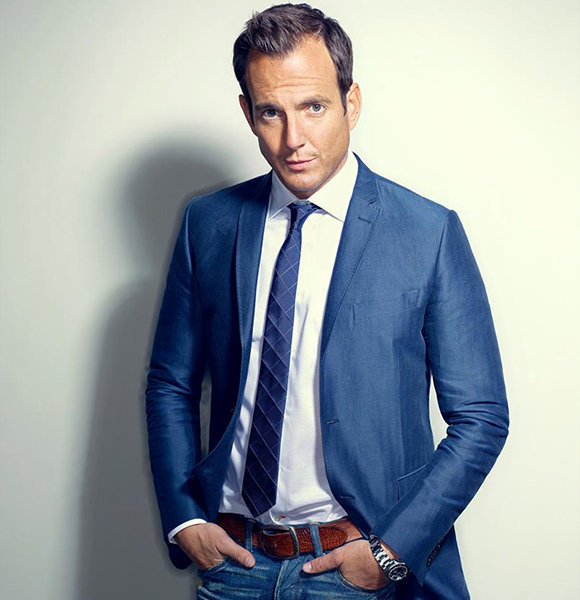 Growing up, Canadian actor/comedian Will Arnett was the most energetic of the four siblings -- two older twin sisters and a baby brother. Taking heed to his mother's advice, he channeled all his restlessness into acting. And before he knew it, he moved to America to pursue his aspiration.

A decade long search for relevancy ended in him finding his future wife, a fellow comedian. With her, the Arrested Development actor went on to have two kids and established themselves as Hollywood's beloved couple.

To their fans' dismay, he and his once-life partner announced the split, nearly a decade after tying the knot. Since the divorce, both Will and his ex-wife have jumped into the dating pool -- the former more so than the latter, with his array of girlfriends.

Will was a relatively unknown actor in Hollywood when he first came across his ex-wife, Amy Poehler at the turn of the century. Despite the discernable height difference of one foot - Will is 6 feet and 2 inches, while Amy is 5 feet and 2 inches - they hit it off from the start.

Following three years of courtship, the former pair - who shares two kids: Archie, age 9 and Abel, age 7 - tied the knot at an intimate wedding in 2003. At the time, The Sex and the City star even called Amy "the best thing that's ever happened" to him. Will Arnett attends Golden Globes with his wife Amy Poehler back when they were married (Photo:- nationalpost.com)

There's some truth to his claims; immediately after marrying her, he landed the role of G.O.B in the classic sitcom Arrested Development. All the sings directed towards them making it till the end. But it wasn't meant to be.

After announcing separation from each other in July of 2012, Will filed for divorce in April 2014. As per the court documents, The Lego Movie star cited irreconcilable differences as the reason behind the split.

Two years after the filing of the paperwork, the divorce got finalized as he and his ex-wife Amy agreed on joint custody of the kids and no spousal support. The latter opened about their failed marriage in her 2014 memoir titled Yes Please. An excerpt reads:-

""I am beyond grateful he is their father and I don't think a 10-year marriage constitutes failure. Getting a divorce really sucks."

Oddly enough, Amy shed light on her then-new romance with comedian boyfriend, Nick Kroll. Fresh off the divorce, Will, likewise, didn't waste any time diving right into the dating pool.

But despite his dating history, the Blades of Glory star, age 48, regularly fends off baseless gay rumors. Perhaps, his receding hairline is to blame?

Gay or not, Will continues to live in infamy because of his dating history -- a feat which got worse following the separation from the mother of his kids.

After the split in 2012, the father of two began dating Katie Lee, a food critic and the former wife of legendary singer, Billy Joel. Though the romance period was short-lived, Will seemed to have found his footing as it marked the inception of his serial dating persona.

Following his breakup with Katie, he got romantically involved with Erin David, the producer of his former NBC series "Up All Night." Like his affair with his ex-girlfriend Katie, this too didn't stand the test of time and eventually collapsed.

And, then came a somewhat intense relationship with actress Arielle Vandenbergh. Initially meeting at the set of Greek and Meet the Browns, the former lovebirds lasted for six months, before calling it quits in June of 2015. Will Arnette alongside girlfriend, Arielle poses for cameras at the 2015 Golden Globes after party (Photo:- dailymail.co.uk)

Elizabeth Law, an interior designer, is yet another blonde that Will tried his luck with, but to no avail. And most recently, the 48-year-old actor from Canada - as suggested by reports - is eyeing a romance with actress Jennifer Aniston.

Many might not know, but Amy isn't his only ex-wife -- from 9th December 1994 to 18 January 1995, he was in a marital relationship with actress Penelope Ann Miller.