By LRU Writer | On: November 05, 2018
Twitch Star Loserfruit dodge of all the gay or lesbian rumors with her romance with her boyfriend...the couple began dating back in...and have been together since then. The pair recently celebrated...year anniversary on...and is looking forward for more years to come... 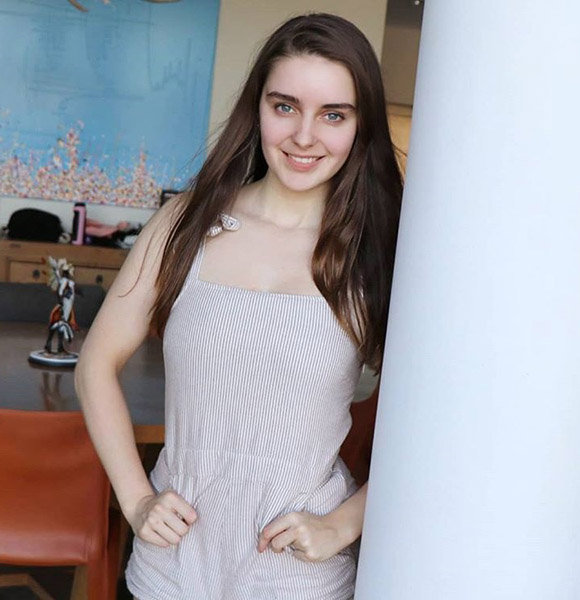 Being on the spotlight often catches you with both positive and negative comments but the Twitch star, Loserfruit has been mostly through her own set of bad comments and rumors!

While the positiveness might help you march forward, Loserfruits was being harassed online by anonymous viewers through comments, which is nothing less than heart-wrenching and nerve-cracking remarks.

Questioning even her sexuality, her viewers previously mentioned her as gay and lesbian giving rise to her relationship rumors.

However, all the rumors have now been cleared off as currently, she enjoying a loving relationship with her boyfriend!

A Year Of Romance With Boyfriend; "Missed Official Boyfriend Day"

Loserfruit, whose real name is Katleen, has made a name for herself in the male-dominated world of gaming. While she is reaching the height of her career, she has been sharing a blissful romance with her longtime boyfriend.

Katleen is currently dating Marcus who is just into gaming like his girlfriend. The couple began dating back in late 2017 and has been together since then. As Katleen and Marcus do not prefer much to reveal about their relationship, nothing much has been known yet.

Even though Katleen is active on Instagram, she occasionally posts pictures with her boyfriend keeping their relationship a low-profile. Likewise, even Marcus is not much into flaunting the love that he has for Katleen on the social media.

However, they do send out appreciating messages for each other through some posts on their Instagram. Recently on 4th October, Katleen posted a picture with Marcus in which they appear in black calling it "an unenthusiastic photo."

Through the caption, she divulged about the bond that they shared despite living miles apart from each other in a different state. Despite the distance, the couple has been going strong with the love that they shared.

"I missed the official boyfriend day, but worth it, because we got some bangin' photos today and I thought I'd share one. I'd like to thank the man by my side and behind the camera ALL of the time. Moving to the Click house was a big deal for both of us. Different state and not living with ONLY each other. BUT we managed to grow a stronger bond."

Adding to it, she even thanked her other half for all the support that he gave her while writing,

I'm very thankful for you. Almost one year ?â¤ - not sure why I chose an unenthusiastic photo, but I love this pic. We look damn hot

You Might Not Wanna Miss: Ryan Eggold Keeping Dating Affairs To Minimal After Break Up With Alleged Girlfriend? Secretly Married? Katleen aka Loserfruit with her boyfriend Marcus. (Photo: Loserfruit's Instagram)

Well, with their growing relationship, the pair recently celebrated their first year of togetherness.

Anniversary With Boyfriend; "Only Person That Can Make Me Smile In Photos"

Marcus passed the anniversary wishes to his girlfriend through a post on Instagram. He posted a picture with his girl on his Instagram where Marcus is seen holding his girl in his arms while having all smiles.

In the caption, he credited his counterpart for being the only person to make him smile in the photos. He wrote,

"The only person that can make me smile in photos. Happy 1 year fu"

Apart from their romance, the couple even plays together. Back in May 2018, Katleen had a 1V1 FORTNITE with her boyfriend which she unexpectedly lost. Katleen, now at the age of 25, had posted the video on her Youtube channel Loserfruit where she revealed that it was hard to get "queue sniped by a significant other."

Likewise, in the comments, she jokingly divulged that she is set to take revenge for the loss. Thats the kind of relationship that they share challenging each other and encouraging to be better in everything they did.

Well, Katleen's relationship with her boyfriend has surely dodged off all the gay/lesbian rumors linked with her name along with a decreased number of bad comments just as she rose to the spotlight.