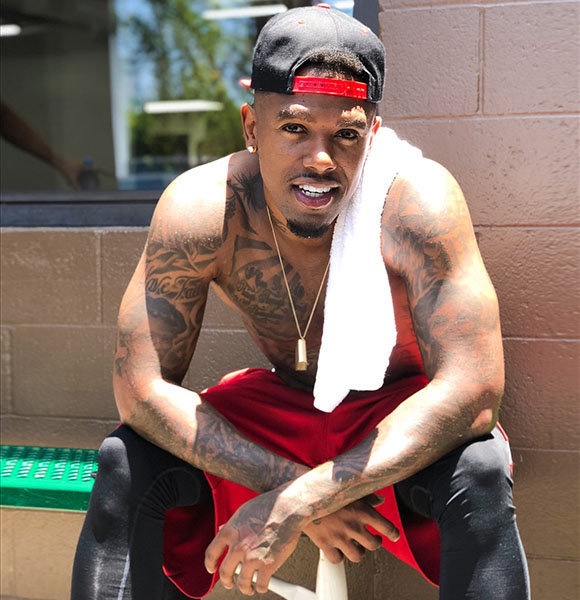 Former NBA player Daniel Gibson also known as Booby, is most remembered for leading Cleveland Cavaliers to the NBA finals in 2007.

But, as marriages in Hollywood rarely last long, is he still married to his singer wife, or did he get a divorce? Let's Get Into It.

In Daniel and his wife Keyshia's love story, it was the NBA player who made the first move. After Keyshia caught his eyes, he found out about their mutual stylist.

Without wasting time, he asked the stylist for The Way It Is hitmaker’s number. Soon enough, the pair started connecting on the phone.

In spite of the instant connection, the pair didn’t meet for months. And when they did, they wasted no time hitting it off and continued their relationship. Putting to rest any possible gay rumors, Daniel even proposed to her on New Year’s Eve 2009.

Along with a new fiancee’, Daniel had another news to celebrate. Cleveland Cavaliers guard and his wife-to-be were expecting a baby. In October 2010, Daniel Jr. was born to happy parents, Daniel and Keyshia. After their son’s birth, the love birds married in May 2011. Well, NBA star and music artist’s love was so strong that they renewed their wedding vows on 26th September 2011. Their 18-month-old baby, along with close friends and family members, were present in the dream Hawaiian wedding.

Even fans got to enjoy their second wedding as the camera crews of the BET reality show Keyshia and Daniel: Family First was present at the venue.

Another NBA Player In Our Archieve:- Jordan Bell Girlfriend, Age, Parents, Net Worth

All seemed to be going well in Daniel and Keyshia’s love nest until 31st October 2014, when the couple parted ways. Furthermore, Keyshia accused her husband via Instagram posts in 2015 for cheating on her by messaging girls.

According to her, he kept texting girls while she visited him at his music video set. In response, Daniel returned the same feelings of blaming him for untrue scenarios. But no one was winning the fight as love between the two was finally lost from their relationship.

In September 2017, Keyshia finally filed for divorce, citing irreconcilable differences. However, neither of the party submitted the additional required documents for their divorce. The judge even warned if they won’t submit the necessary documents, they might remain married again.

It wasn't until 2020 that the former couple finalized their divorce and reached a settlement agreement involving custody of their now 11-year-old son.

Amid the legal matter, the former couple is now co-parenting their child together on friendly terms.

Standing at the height of 6 feet and 2 inches(1.8 m), Daniel realized his mistake and blamed himself for his failed marriage.

Moving on, he then started dating an Instagram model Sinfony Rosales. But the couple ended things with zero public statements, keeping the media's limelight away from their romantic lives.

Now the star player is focusing on his career and is not reportedly dating anyone at the moment.

Talking about his career, the retired basketball player Daniel’s net value is still tremendous. He has a net worth of $4 Million, according to Celebrity Net Worth.