By LRU Writer | On: October 20, 2019
David Ames is famously known for his role as...came out almost a decade ago...he introduced...as his partner...stands at an average height... strikes as a total family guy...worked as a model...a hefty amount as his net worth... 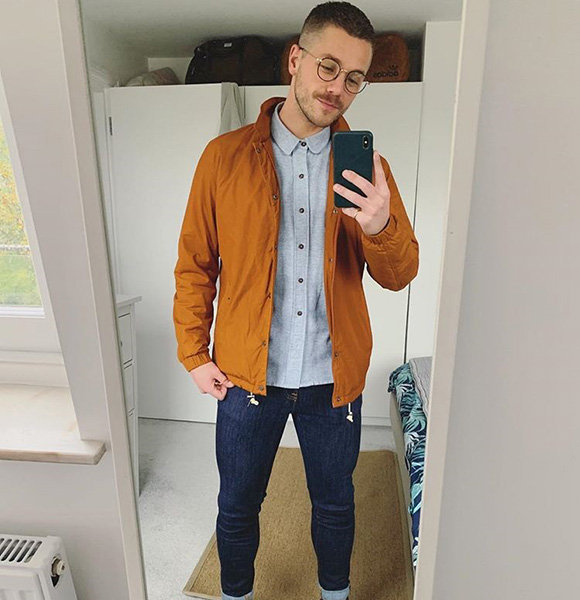 The world might have changed a lot in the past few years, but still there remains an uneasiness in the community to accept gay people as equals. Due to this very reason, many people can't admit their sexuality and end up living a lie.

However, some people show courage and become role models for those having a hard time to come out. Among such openly gay celebrities is British actor David Ames, famously known for his role as Dominic Copeland in the British medical drama, Holby City.

Who is David Ames Dating?

Although David came out almost a decade ago, he does not seem to have a long list of lovers. Or, it can also be said that he kept his past dating affairs so secluded that no information ever surfaced about his partners.

However, in 2018, he introduced a very handsome guy named Mikey Kenny as his partner. David's Instagram was filled with his sweet pictures with Mikey.

Further, on the occasion of Mikey's birthday on 11th April 2018, David posted a lovely portrait of the two, with the most adorable caption,

The happiest of birthdays to this little piggy. Not a day goes by where he doesn’t make me smile. I love him very much. Xx However, the lovey-dovey couple is no longer seen together. So, there are speculations about their split.

Further, David has been linked with famous gay celebrity Gok Wan. His birthday wishes for Gok in September 2019 has added more fuel to the dating rumors. However, both David and Gok Won have not commented on those rumors.

Since no confirmation has come from David himself, he is presumably single and looking for someone to get married and share a future.

David, who stands at an average height, was born on 10 August 1983 in England. He was raised in Hampshire, England, in a family of four alongside his younger brother, Jon.

From his social media posts, David strikes as a total family guy. His parents and his younger brother frequently appear on his posts. Further, David had also spoken about his family's support when he came out as gay.

You May Like:- Max Emerson Gay, Boyfriend, Family, Net Worth

As for his education, David has a degree in drama. In his college days, he performed in numerous plays. David's breakthrough role in Holby City was originally a guest role, but the producers liked him so much that he was made a permanent character. Further, he also has an appearance in the hit science fiction series, Doctor Who.

David has also worked as a model and appeared in various LGBT magazines. During his career, the actor - age 36 - has accumulated a hefty amount as his net worth. Although the actual figure remains under wraps, he probably earns more than the average British actor's salary of £29,000 a year.