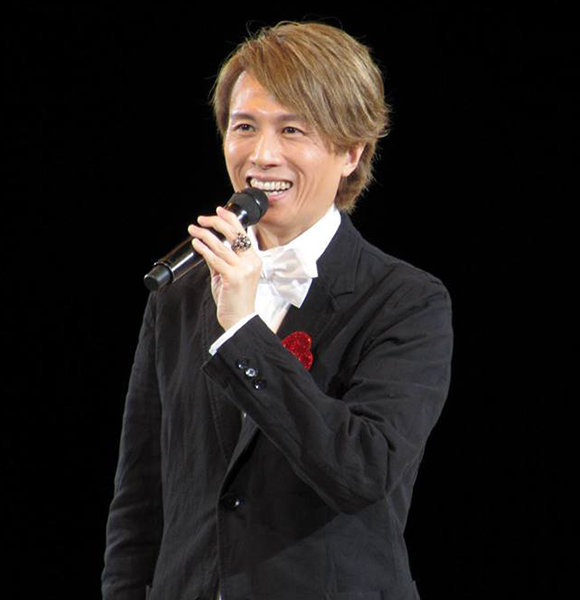 As aging is hitting hard to the Hongkong actor, Dayo Wong, his demand has hiked in the entertainment industry!

The 58-years-old heart throbbing actor won not only the audience love but also his co-actress secretly admired him.

Unlike many celebrities, Dayo never hesitated to talk about his partner in public. And he is known for his long-term relationship with his partner which has welcomed the questions on his wedding plans.

Stating he has always been open about his dating life, he admitted to Mingpao News that he has once again engaged in the dating life. The confession came after he was photographed with a rumored girlfriend at a supermarket in 2015.

See Also:- Celina Jade On Getting Married! Competing With Husband - Of Future When he was staked to confirm whether the woman was really his girlfriend, he accepted that she indeed was his girlfriend. He further said:

"There is nothing to hide, although I didn't take it upon myself to announce it. But I will not deny."

The pair was first photographed together in 2013 but the actor neither confirm the relationship nor denied it. Well, his dating life has secretly enriched to five years of togetherness and the questions on his married life is often asked by the media.

During the box office celebration of the movie, Agent, Mr. Chan in March 2018, he was asked if he had decided to turn his longtime into his wife. In the process of answering on his married life quest, he thanked everyone for their concern and promised that he would inform if he is getting married.

While the actor has been confronted with the questions regarding his married plans to his longtime girlfriend, he was indulged in a series of problems with the past relationships.

There is also the record of the female co-actress who confessed that they wanted a different relationship with the actor than just friendship.

The sizzling on-screen chemistry of Dayo Wong and Carol "Dodo" Cheng was highly appreciated in the film industry. And this was the reason; they thrilled the screen for the last 13 years. But deep in the heart, she wanted to turn their on-screen romance into real life. During this period, Dodo was harboring the secret feelings for Dayo. The couple came closure while filming 2000's War of the Genders. But during that time, Dodo was dating Lui Fong while Dayo was engaged into the dating life with Sharis Lau Yuen-Kuan.

Their immense popularity often partnered them into the same project which led to built the tension into their real-life love affair. While Dodo admitted that her connection with Dayo welcomed the tension into her relationship, Dayo's girlfriend tried to commit suicide in 2001.

You May Also Like:- Jacob Batalon Featured In Night School At Age 22 | Ethnicity, Height Unveiled

The rumor stated that Dayo's closeness with actress Dodo led her to take the harsh step, but Dayo denied the claim and refused to disclose the reason behind her partner's suicidal attempt.

Though his relationship with Sharis ended, he did not turn to the actress but instead, he deeply fell for the makeup Artist Annie Wan which dragged him to the depression after his separation with the makeup artist partner of nine years in 2011.

After all the hurdles he faced in the past relationship, as of now the actor, who has not enlisted his net worth, is enjoying the youthful company of the beautiful young lady.