DC Young Fly Have Been Dating His Girlfriend For A Long Time - His Possible Wife? 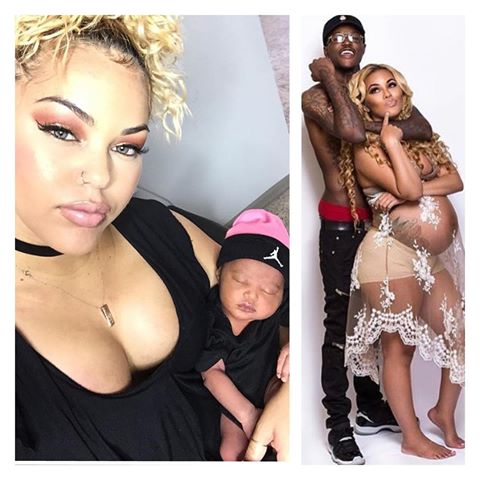 People nowadays use social media to announce their news, and John Whitfield, better known as DC Young Fly, is one of the celebrities who has been using social media to let his fans have a look at his personal life.

If you follow him on social media, you will know about his relationship with his wife and kids.

Let’s find out more about his personal life.

DC Young Fly, a social media sensation, has been dating the gorgeous model Jacky Oh for years. They have been living together for a while but have yet to exchange wedding vows. Regardless, Jacky is usually identified by DC Young’s wife.

DC Young and his girlfriend have been dating since 2015. DC Young met his wife in a hotel lobby during the shooting of Wild N’ Out. They started dating shortly after meeting on the show.

DC Young’s wife, Jacky, age 30, is a model, actress, entrepreneur, and internet celebrity. She graduated from the University of California.

However, she has not revealed anything regarding her family or profession to the internet. But, she is of mixed ethnicity and has Brazilian ancestry.

There have been rumors about DC Young being gay despite having a girlfriend.

If you follow either one of them on social media, you will find the pair flaunting their romantic affair on Instagram and youtube, proving that DC Young is not gay.

DC Young and his wife mainly use youtube to share about their blissful life with their children.

The duo welcomed their first daughter Nova Whitfield on October 29, 2016. Nova became an elder sister after four years when she welcomed Nala on August 7, 2020. Nala will soon be a big sister to her younger brother.

Yes, DC Young and his girlfriend, Jacky, will be adding a new member to their family soon. DC Young Fly with his girlfriend and their kids. (Source: Instagram)

Jacky and DC Young announced their pregnancy with a video of them sharing the news with their daughters. Their two children are both looking forward to seeing their baby brother.

The couple has been sharing updates on their pregnancy, and their relationship appears to be greater now that they have a new member.

When you look at them on Instagram, you can see them spending quality time with their children and soon-to-be-born member.

DC Young looks head over heels for the new arrival. However, he has perfectly balanced his business and personal lives, aside from caring for his girlfriend and children.

Fly, age 30, is a well-known Internet personality, actor, rapper, singer, and comedian. He went to Benjamin E. Mays High School, where he was a class clown and a troublemaker.

He began his rapping career in 2011 after the death of a close friend. He even got a D.C. (Da Crew) tattoo on his forehead in the memory of his best friend.

DC, a recurrent cast member of Wild 'N Out, has a large net worth of $2 million as a result of his hard work.

He continues to put in extra effort to ensure his family's future. However, after becoming a father, he admitted being more motivated to work hard.

Soon he will welcome his third child with the love of his life, Jacky. But they haven't discussed getting married yet.

We're hoping to hear the wedding bell from their side soon. We surely will update you more about his life. Till then, stay tuned.