Dennis Haysbert's Failed Relationship with His Wife. Has a Girlfriend Now? 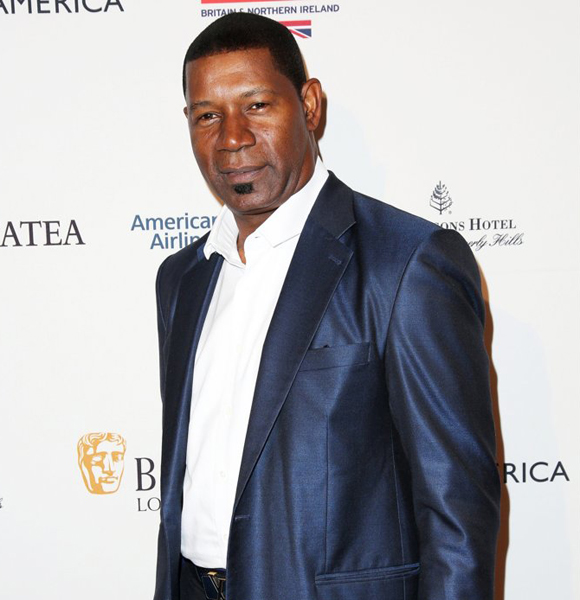 Hollywood has many talented actors who have won millions of hearts with their performances. No doubt they have a large fan following which is always interested in their personal life.

Not every celebrity has opened up about their personal life, though, but for  African American film and television actor Dennis Haysbert, his personal life has somehow found its way to the limelight.

His separation from his wife and failed relationships have made the headlines quite a few times. So, keep scrolling to tame your curiosity about his current relationship status.

Even if celebrities do not want their personal lives to be made public, their lives have always been the focus of the audience and the media due to the nature of their profession.

People get together with the thought of enjoying a blissful married life, but life is not under our control and has its own plan for us.

Sixty-eight-year-old 'Incorporated' star Dennis Haysbert knows that falling in love is easy but staying committed in a marriage is comparatively difficult.

Haysbert has been married twice. On April 13, 1980, he married his first spouse, Elena Simms Haysbert.

The actor's marriage to his former wife, Simms, lasted for four years, ending with divorce on August 17, 1984.

After Elena, Haysbert got married to his second wife, Lynn Griffith. Haysbert first met Lynn in the year 1987 and eventually fell in love.

After dating for almost two years, they held their wedding in 1989.

A year later, Haysbert and his second wife became parents to their first child, son Charles Haysbert November 19, 1990. Following that, they welcomed their daughter Katherine Haysbert on September 9, 1994. Dennis Haysbert, his wife Lynn Griffith, and his kids are pictured together during an event. (Photo Credit: Alamy)

Haysbert, who enjoyed a family of four with his wife Griffith, was in a marital relationship for more than a decade before they ended their marriage with a divorce in 2001.

After two failed marriages, Haysbert has maintained a tight guard over his personal life, keeping his present relationship status hidden.

However, in an interview with The Guardian in 2003, the actor revealed that he had a Caucasian girlfriend, with whom he discussed the differences between mixed-race relationships in Britain and America.

He further said that a black woman looked at him strangely when he walked with his girlfriend.

Since that instant, Haysbert hasn't talked about his dating life openly.

Likewise, he is not spotted with any lady who could be supposed as his love interest. It seems that Haysbert is busy inclining his career even at this age.

Find More: Don Johnson's Ever-Lasting Career and What He Is Up to Now

The talented actor, who has attained considerable success and popularity, has worked on projects like 'Sin City: A Dame to Kill For,' 'Incorporated,' 'Fist Fight,' 'The Dark Tower.' 'Naked,' 'Kodachrome,' and 'Reverie.'

He is also known for appearing on the Fox network television series '24' (2001-2006) as President David Palmer.

In addition, he has appeared in the drama series 'The Unit' (2006-2009) as the lead character Sergeant Major Jonas Blane, and commercials for Allstate Insurance.

According to Celebrity Net Worth, Dennis has accumulated a net worth of $20 million with his hard work and dedication.