Is Daniel Sunjata Married to His Long-Time Girlfriend? Keeping His Wife a Secret? 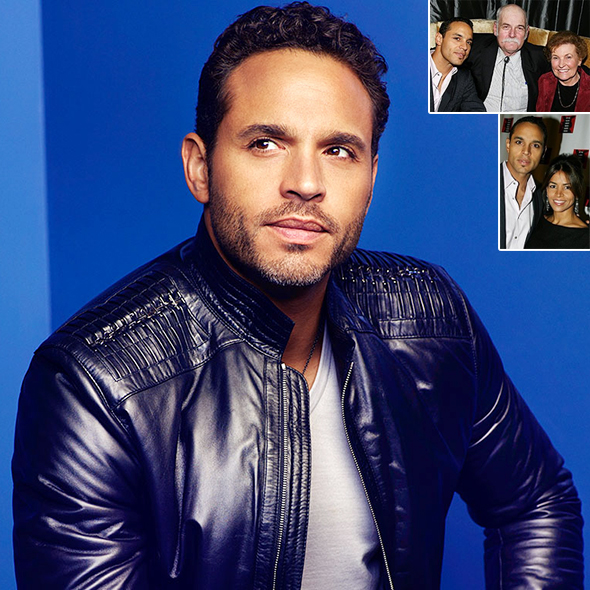 Sometimes, a swift turn in one's life is more blissful than walking the same path in a straight direction!

Born to a family who gave him up when he was two-year-old, Daniel Sunjata has his own story to share. But, at the age of 50, does he have someone to call his wife?

He had a better life after being adopted and seems to be living a glorious and wonderful life.

Now, he stands as one of the most popular actors in the film industry, paving his own name and fame for the same!

Born with mixed ethnicity, Daniel Sunjata was raised by his adoptive parents, Bill Condon and Catherine Condon. Bill and his wife Catherine adopted him when he was two years old.

While growing up, Donny was told about his biological parents. His biological father belonged to the black ethnicity, whereas his mother was a white teenage runaway. Daniel has no hard feelings towards his biological parents. He says that he is thankful to his white race biological mother, who gave him for adoption. In an interview with The New York Times in 2003, he said-

''I never met the woman, but I feel a real gratitude to my mother for making the decision she did, giving me up for adoption instead of raising me herself, or aborting me. Otherwise I might not even exist. And I certainly wouldn't be here.''

Daniel is not only grateful to his biological mother but is also grateful to his parents, who adopted him and raised him well. However, he believes that love is thicker than blood. Beyond his blissful family tales that he doesn't hesitate to share with the public, Daniel is somewhat silent when sharing his dating life. Being 50 years old, the actor still hasn't left a single clue about his girlfriend or wife.

Daniel has kept all the information under the wraps when the topic pops about his love. In an interview with BuzzFeed in 2015, Daniel was asked whether he prefers dating in his workplace or not. He replied-

“Nay. Dating in the workplace for me is a huge nay. I’ve had a personal rule about no romantic involvements with people that I work closely with ever since I was in grad school at NYU. Just always seemed like a bad idea — if it goes south, it affects the entire environment.”

Daniel has a strict rule of not dating girls while at work, but he seems to have a girlfriend. In 2006, Rosalba Sierra was believed to be his girlfriend, as they had been spotted together several times at different events and parties.

They were even believed to be husband and wife. But, beyond those soft buzzes in the market, the two haven't been seen together these days. They are said to be dating each other for a long time. However, the allegation about their affair can only be confirmed if they talk about it or get married.

Popular for portraying the character of gay Major League Baseball player is straight by sexuality. In an interview, he said-

''I'm somebody who, although he happens to be straight, has no qualms about portraying a character who follows an alternative lifestyle,''

''I'm somebody who's trying to engender more tolerance.''

According to Celebrity Net Worth, Daniel is able to accumulate a net worth of $2 million throughout his acting career and still has a long way to go.