Who Is Sarah Jeffery Dating? Or It Is Just A Rumor? 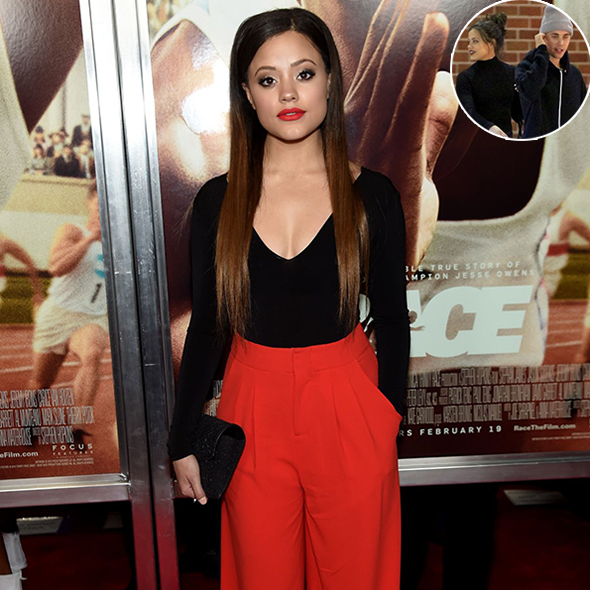 Many celebrities use their love life as a publicity stunt. However, apart from those actors, some still exist who are working hard to establish themselves with their talent and hard work. One of them is Sarah Jefferey, who rarely makes a public appearance with her boyfriend.

The multi-talented actress Sarah Jeffery has established her career in the industry, but she never used her partner for her fame.

Sarah Jeffery, age 26, has been a heartthrob actress for a long time. Yes, Sarah Jeffery is actually not dating anyone right now. She is currently single and focusing on her career. However, she was reported to have been in only one relationship.

Sarah was in a relationship with Nick Hargrove. The rumors about them dating started when fans noticed them posting a lot about each other. Everyone suspected them to be more than just an on-screen couple.

Dive In:- Hailie Jade, Daughter Of Eminem Has A Boyfriend, Who Is She Dating?

Sarah did not confirm that Nick was her boyfriend for an entire year. But they were sharing pictures of themselves on their own social media accounts.

However, on Valentine’s Day 2020, Nick seemingly confirmed being in a relationship with Sarah. He shared several pictures of them being together.

After Nick’s post, it was somehow sure that they were together. Nick also once shared their cozy picture and showed support to Sarah. In addition, Nick complimented Sarah’s singing skills and asked his followers to listen to her new song.

Sarah and Nick have always kept their relationship private even though they share a lot of pictures of each other. However, Sarah once shared about having a long-distance relationship with her boyfriend.

She did say of balancing her career and relationship through FaceTime. But it did not last long, and they broke up around late 2020. The news didn’t break until Jeffery thanked everyone for making her year special. The reason behind her break up with her boyfriend is still not revealed. Sarah shares her breakup news in her story. (Source: Instagram)

Jeffery has always been a private person. But she shocked her fans through her Instagram post. On 17th November 2020, she posted some pictures of herself and a baby, and her caption was wishing the boy a happy birthday. Her post confused everyone, and her fans even started to speculate that her ex-boyfriend Nick was the baby’s father. But later, it was revealed that the baby was actually Sarah’s nephew.

She is single and doesn’t have a baby. However, apart from her relationship with Nick Hargrove, she has been involved in multiple dating rumors.

In May 2018, Sarah was spotted along with a dashing young man in Vancouver. Everyone suspected the guy to be her mysterious boyfriend as they were enjoying their lunch. Sarah with her boyfriend in May 2018 (Photo: hawtcelebs)

Moreover, back in  2014, Jeffery was involved with another mysterious man. And similar to her now-dating life, she didn't introduce her boyfriend to the world.

Also, the singer Jeffery was rumored to be romantically linked with Justin Bieber after she was spotted cozying up with him in January 2016. The pair were seen together in Beverly Hills after a month when Justin was rumored to be with Kourtney Kardashian.

They are believed to have met in Jennifer Lopez's Las Vegas All I Have a show in the VIP section. Then, just before a week, Justin was seen kissing his long-time friend, now turned wife, Hailey Baldwin.

Discover:- Nicole Scherzinger Boyfriend Now; Who Is She Dating Now?

As Jeffery and Justin were strolling side-by-side, they were seen chatting and joking. Though they were spotted together having a good time, the news about them being on a dating term was just a rumor.

Since then, they are not spotted together in public.

Even if Sarah has no love interest in her life, she has a loving father and mother. Famous for appearing in Descendants, Sarah shares a strong bond with her parents.

Sarah Jeffrey was born to the mixed ethnicity parents, a Mexican father, and an Italian mother, on 3rd April 1996. She grew up along with four siblings.

She learned singing and dancing at a very young age and even acted in musicals and theaters.

This actress has been revealing her love to her parents via social media. She recalls that the strongest woman raised her, and she is grateful to her mother. On her mother's birthday on 9th December 2018, calling her mother a selfless lady,  Sarah wished the happiest birthday to her mother, sharing an adorable childhood picture of her mother.

Likewise, on the occasion of father’s day, she wished her father on Twitter sharing an image of herself with him. Active in the film industry since 2011, Sarah is known for appearing in Wayward Pines, Descendants: Wicked World, and Shades of Blue.

Sarah is currently living a happy life with her dear one. We hope she will get more successful and find her perfect boyfriend.

We will surely give you more updates on Sarah Jeffery; till then, stay tuned.