By LRU Writer | On: March 17, 2019
Drew Grant loves doing gossips and making rumors on the personal lives of various celebrities...But, would she mind if the paparazzi invade her privacy and start making stuff up about her dating life?... Well, there's not much to explore as the Collider's senior editor is a relatively public person and loves discussing her private matters... 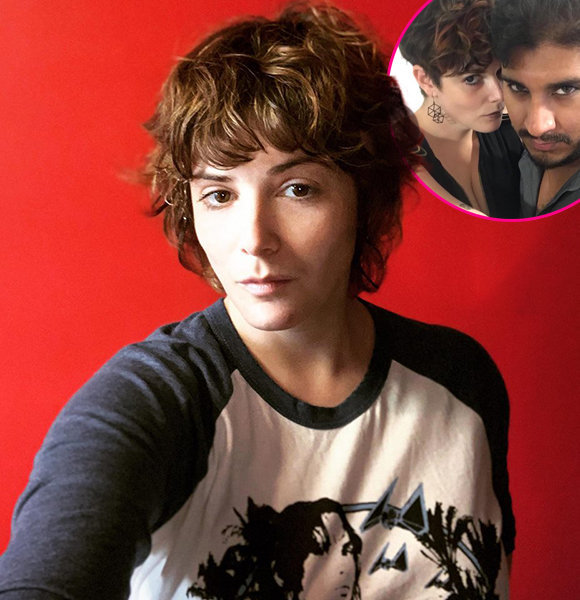 Drew Grant loves doing gossips and making rumors on the personal lives of various celebrities. But, would she mind if the paparazzi invade her privacy and start making stuff up about her dating life.

Well, there's not much to explore as the Collider's senior editor is a relatively public person and loves discussing her private matters.

A divorced lady, many of her fans doubted if the journalist would be able to trust someone in the future. As it turns out, Drew is dating someone, and the lovers look adorable together.

The couple first met at an event in 2010 and started dating. After three years of being in a relationship, Ari proposed Drew. And, they married in a fancy wedding ceremony in 2014. For her wedding, Drew chose a white gown as her wedding dress and looked flawless in the costume.

Drew and her husband, Ari Melber remained married for nearly three years, but they didn't have any children to call family. The duo eventually divorced in 2017, putting a full stop to their wedding. Drew Grant and Ari Melber back when they were married (Photo: Patrick McMullan)

Post the divorce, Ari Melber was spotted kissing actress Alexandra Daddario in August 2018. On the other, Drew also moved on with her life and is in a romantic relationship with her latest boyfriend.

After the failed marriage with Ari Melber, Drew started dating a man named Richard Alexander. The couple's romance came to light when Drew shared a Facebook post featuring Richard in July 2017. Once the duo went public with their affair, they became more and more open about their private life. Now, Drew often posts her pictures with Richard and doesn't hesitate in showing her love for her boyfriend. They are happily dating each other. Nevertheless, they have shared no plans for getting married.

Born in New York to her parents, Drew is a personality with American nationality.

She is a journalist, editor, and writer. Her bio suggests that she started her professional life at a young age. To this day, she has worked for various publications including New York Observer, Crushable, 236.com, AV Club, Forbes, and more.

She serves as the senior editor at the entertainment website, Collider. For her works, Drew is paid an average salary of $69,082 per year. Her net worth is still under review.

Apart from her talents and humor, Drew is also known for her physical beauty. Standing tall, with a height of nearly five feet ten inches, she is the crush of millions of her viewers. And with so many admirers, every day is a birthday for Drew Grant (her actual birthday is on 25 May).