By LRU Writer | On: June 12, 2019
Duane Lee Chapman II is an American TV personality...is a reality TV star, best known for the famous TV series Dogs the Bounty Hunter.and also as the son of American bounty hunter Duane Chapman...was born on the 21st of January 1973... 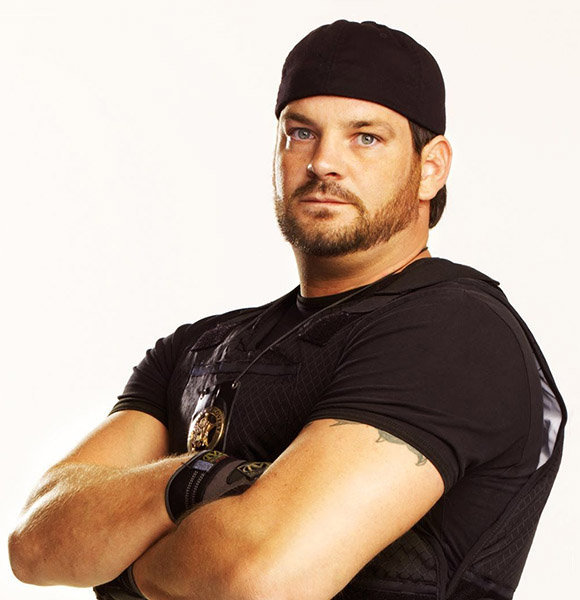 Duane Lee Chapman II is an American TV personality. He is best known for the famous TV series Dog the Bounty Hunter as the son of the American bounty hunter, Duane Chapman.

Before being a hunter on screen, Duane was a financial and retirement counselor based out of Colorado.

Duane was born on the 21 January 1973 into the family of Duane Chapman and La Fonda Darnell. He spent his childhood in Pampa, Texas. His parents divorced on 27 October 1977.

For siblings, he has a brother named Leland Blaine Chapman (born on 14 December 1976). The TV star has been married once. He was in a marital relationship with Teresa R Roybal. The couple wedded on the 1st of December 1999. Out of their marriage, the couple welcomed a son, Dylan Chapman.

However, their relationship ended after almost a decade of being with each other. While many speculated that the split was due to Duane’s violent tendency, it could not be any further from the truth.

The couple separated because Teresa was unfaithful. They officially parted ways in the year of 2008.

While this was the first relationship for Duane, it was a second marriage for Teresa. She was previously married and had three kids out of the affair, named Jody, Jasmine, and Jennnifer.

Since his divorce, Duane, age 45, has remained single. After the failed relationship, he might be taking time off, or he might be keeping is his relationship under the wraps as of today.

Duane is one of those people, who rode the fame train of a reality TV show to stardom.

His first performance in the entertainment industry was from his role in an American TV series, Dog the Bounty Hunter on A&E. He was a cast on the show along with his father and step-siblings from the second season to the eighth. The show canceled after eight seasons in 23rd of June 2012.

Father Remarried:- Is Beth Smith Still With Husband Duane Chapman? The Married Life that Started After Death Of Daughter

Being a TV personality, Duane has reached a level of fame and stardom and is known throughout the states. His father, as the founder of the show, has a net worth of $6 million and it would not be wrong to assume that Daune Jr follows close behind the stated figure.