By LRU Writer | On: June 16, 2019
Considered one of the greatest ever to grace the silver screen, actor Dustin Hoffman boasts an illustrative career... The legendary actor's personal life as a father and a husband can be a blueprint for many to follow... 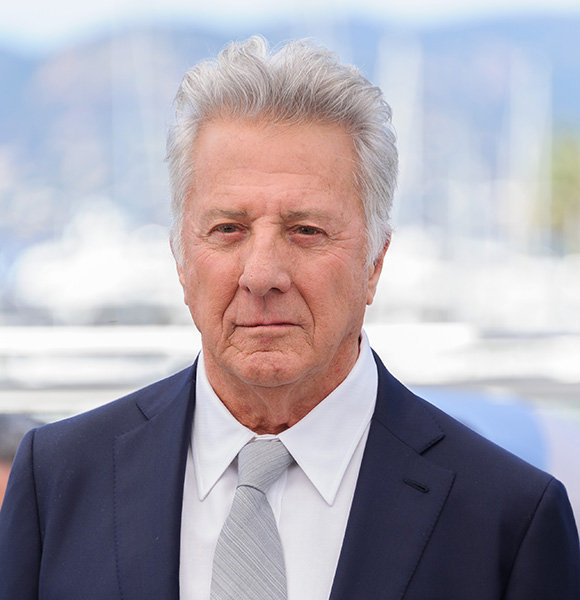 Considered one of the most signficant ever to grace the silver screen, actor Dustin Hoffman boasts an illustrative career. With regards to accolades, he owns it all.

Dustin's success story permeates beyond the professional realm. The legendary actor's personal life as a father and a husband can be a blueprint for many to follow.

In Hollywood where marriages barely last a year, Dustin and his wife Lisa Hoffman (Gottsegen) are rarities. The duo went into a civil union in October 1980 and have been together ever since. Admittedly, they have worked hard to keep their marriage afloat. Dustin Hoffman(L) and his wife Lisa Hoffman(second from L) with friends at the 2018 British Summer Time Hyde Park (Photo:- Zimbio.com)

Long before the Midnight Cowboy actor and his perfumer wife saw each other in a romantic light, they were family friends.

Dustin met Lisa when he was 27 while she was 10. 12 years later, they reunited at the latter's grandfather's funeral. Surprisingly though, the 17 years age difference didn't matter anymore.

In 1981, the Sleepers actor and his wife welcomed Jacob Edward, the first of four children. The rest - Rebecca Lilian, Maxwell Geoffrey, & Alexandra Lydia "Ali" - were born between 1983 and 1987.

Dustin also fathers two more children from his first marriage to actress Anna Byrne Hoffman. He and his former wife were in a maritial relationship between 1969 and 1980.

While there have been rumors about Dustin's alleged gay sexuality, his two marriages with females are enough to shut down the gossips.

That said, back in 2010, Dustin locked lips with actor Jason Bateman on a Lakers’ game-kiss cam. It was a joyous moment for gay people worldwide, no doubt!

Seven years later, the Stranger Than Fiction star got riled up in a controversy of a nastier kind. At the peak of the Me Too Movement, several women came forth, alleging him of gross sexual misconduct.

Per reports, the accusations against Dustin spanned over decades. More importantly, some of his alleged victims were in their teens when the incident transpired.

To this day, the Marathon Man actor reasserts his innocence. Bill Murray, a friend & fellow Hollywood legend, seems to believe him.

Hailing from a Jewish family, Dustin was born in August 1937. A native of Los Angeles, he is the second son of parents, Harry and Lillian Hoffman. His father Harry worked as a prop supervisor for Columbia Pictures.

Named after actor Dustin Farnum, the 81-year-old is siblings with economist Ronald Hoffman.

As a teenager, Dustin studied music. Defying his family's wishes, he then pursued a career in acting. A decision he doesn't regret considering his $50 million net worth.