By LRU Writer | On: April 25, 2019
Elaine Alden is much more than a wife of retired NBA Star... Beyond her day job, she's relishing her role as a mom, influencer, socialite and a supportive wife... Dig through her biography to learn more... 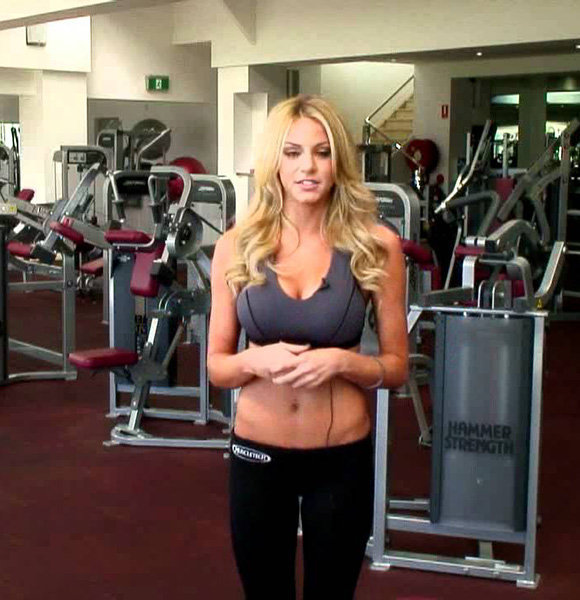 Elaine Alden is much more than the wife of a retired NBA Star. Before she garnered prominence due to her association with husband Landry Fields, she was - and, in many ways, still is - an accomplished model.

Beyond her day job, she's relishing her role as a mom, influencer, socialite and a supportive wife. Dig through her biography to learn more!

A public figure by definition, the talented lingerie model - now age 32 - refrains from revealing information about her biological parents.

As an International model, Elaine has graced the pages of popular magazines such as FHM, Sports Illustrated, GQ, and MAXIM.

Not limited to print media, she also showcased her acting chops by starring in commercials which include Home Shopping Network-bun & thigh wave, Calvin Ayre Superbowl coverage, and HDNet Bikini Destinations 2010. In the music video for A Day To Remember, she starred as the lead.

A former Ms. Palm Beach and Florida's Finest Pageant, she was also a first runner-up at the Miss Planet Beach International.

Through her job, Elaine has amassed a substantial net worth, no doubt! In comparison, her husband Landry Fields boasts a reported net worth of $20 million.

Elaine and then-New York Knicks player Landry ignited romance around 2012. Shortly after commencing dating, the lovebirds came forth with their love.

In February 2013, the whirlwind romance culminated in engagement. The proposal couldn't have been more romantic. Per Elaine's post, the former Toronto Raptors star Landy used "will you marry me?" photo strips to pop the big question.

Two years after committing to each other, in July 2014, the engaged duo got married at the Rockefeller Center’s 620 Loft & Garden located in New York City. Over 125 guests attended the wedding.

On the big day, Elaine wore a gorgeous Dior gown while the groom looked dapper in an ash-blue suit. For the first dance, the couple went with David Grey's This Years Love.

By the time Elaine and her husband Landry tied the knot, the pair were already parents to their then one-year-old son, Jackson James. Elaine Alden alongside her husband, Landry Fields and their children pose for Christmas photo circa Dec 2018 (Photo:- Elaine Alden's Instagram)

The Fields-Alden grew into a family of four following the birth of their second child, Kai David in 2016.

With Landry now retired and Elaine no longer actively modeling, it's evident that the married duo is keen on raising the children the right way.