By LRU Writer | On: August 11, 2019
Elaine Hendrix is the blonde beauty who... dating boyfriend...initially sought an occupation in the world of...skyrocketed to fame with the...a massive fortune of...part of the family...height extends to... 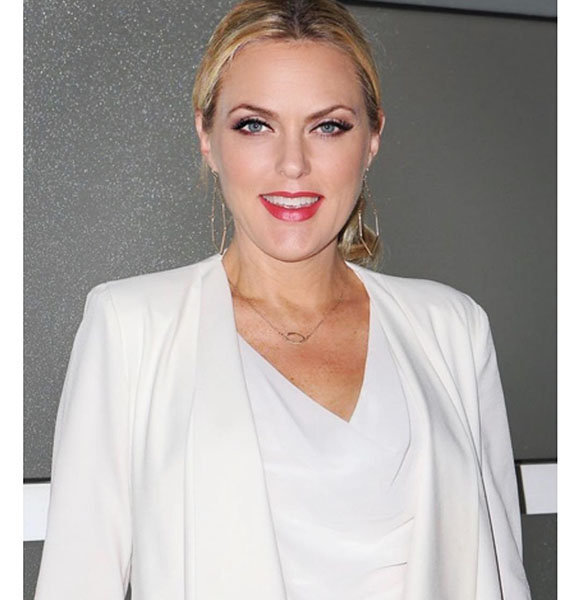 One of the most highlighted actresses of the 21st century, Elaine Hendrix is the blonde beauty best known for her portrayal of Meredith Blake in the 1998 hit movie, The Parent Trap.

Elaine -  who formerly worked on small scale TV series and movies like Fallen Angels, Mixed Nuts, Boys & Girl - made it quite big with the Lindsay Lohan-starrer film. Her acting and beauty mesmerized the audiences, gathering new roles every year onward.

With a total of 137 acting credits to her name until 2019, the gorgeous actress has undoubtedly achieved great heights in Hollywood.

While Elaine has played a married woman in many of her projects, she is a single woman in real life, without a husband.

Onscreen Romance:- Ben Savage Made the Headlines with his Rumored Dating with Onscreen Girlfriend turned Wife

Although the beautiful woman previously dated David Faustino, the couple's dating life ended way back in 1997 when the actress' career was on its way to success. After splitting with her boyfriend, Elaine kept her private life hidden from the media. Still a rising figure at that time, Elaine might have been too busy with her acting career to have dated anyone.

After a long gap in her dating life, Elaine is reportedly dating boyfriend Christopher K. Corabi. She and her entertainment attorney boyfriend reside in their Los Angeles home with thier rescued dogs Tiloc and Rossmore but no children.

While Elaine - height 5 feet & 8 inches (1.73m) initially sought occupation in the world of modeling and dancing, she had to give up on her dancing future after a car accident.

Moving into Los Angeles in 1992, her focus went on to pursue a career in modeling and acting. With an agent by her side within a month, she started working her way up the ladder. Working from commercial to TV guest shots, Elaine landed her very first starring role in 1995 in the TV series, Get Smart.

As a beautiful and elegant woman working hard to succeed in the Hollywood industry, her hard work eventually paid off. Elaine's name skyrocketed to fame with the same movie that made Lindsay Lohan a prominent child actor in the industry.

With a massive fortune of $2 million from her career, the beauty's success as an actress over the years is reflected by her net worth.

Full named Katherine Elaine Hendrix, the actress - born on 28 December 1970 - is a native of Oak Bridge, Tennesse. Daughter of father Thomas Hendrix Jr and mother Marry Hendrix, she was raised in parts near Knoxville, Morristown, and Atlanta.

By the time she started attending the Northside School of Performing Arts at Atlanta, Georgia, her parents had already separated. The cause of the split is unknown. However, her mother eventually remarried, giving Elaine a new father figure to look up to.

To date, the 48-year-old is very proud and happy of her family. She believes to be a lucky girl to have both her dad and stepdad in her life. Elaine's mother also holds a special place in her heart.

Celebrating Mothers Day 2019, the actress shared a beautiful photo and words on her Instagram. Apart from her parents, she also has two siblings named David Maher and Stephanie Smith, who are part of the family.