Elsa Hosk Is Dating Now, Her Relationship With Boyfriend

By LRU Writer | On: January 07, 2020
Elsa Hosk is a Swedish model and has walked Victoria's Secret fashion shows multiple times...her age...she is dating her boyfriend...they were seen at....and model was also in a relationship with...she has a diet plan which...and her workout consists of...the model has a height of 5 feet 9½ inches (1.77 meters)...with a weight...undergone cosmetic surgery... 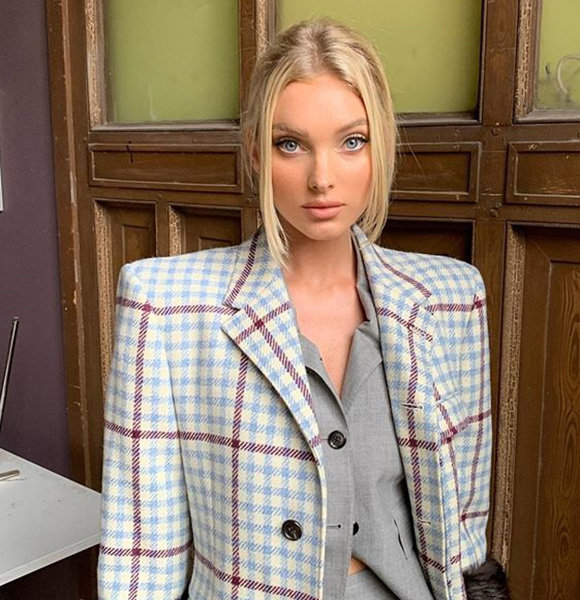 Elsa Hosk is a Swedish fashion model who is mostly known through her work as a Guess model and Victoria's Secret lingerie model.

She has worked with some world-famous designers like Lilly Pulitzer and Dior. And she has also endorsed popular brands like H&M Divided, Dolce and Gabbana, Oriflame, and Levi’s.

Her first fashion show was Ready to wear – Autumn / Winter 2005 fashion show in which she modeled for Christian Dior, Giambattista Valli, Guy Laroche, and John Galliano.

The model has been dating her boyfriend, Tom Daly, since 2015. Elsa and Tom have been together for more than four years now and are often spotted hanging out with each other.

In November 2019, they were seen casually roaming the streets of NewYork city. Both of them looked extremely dashing as Elsa wore a white cable-knit sweater with a retro 70s-style black leather jacket while Daly wore a fuzzy blue topcoat with a light blue sweatshirt and jeans.

Another Famous Model:-Nicole Williams Engaged To Wedding Details, How Much Is Her Worth?

Further, they also celebrated 2019 Christmas together in NewYork city.

The Sweden native was rumored to be dating Canadian actor Chad Faust in the past.

She was also in a relationship with the Swedish songwriter, Andreas Kleerup, from 2008 to 2012.

Moreover, in mid-2012, the model was rumored to be dating Chord Overstreet, who has dated several other famous actresses/models, including Emma Watson, Emma Roberts, and Lily Collins.

Elsa and Chord met at a Subway series kickoff event on 20th June 2012 at NYC’s MLB Fan Cave, where the rumors kicked off.