Nicole Williams Engaged To Wedding Details, How Much Is Her Worth? 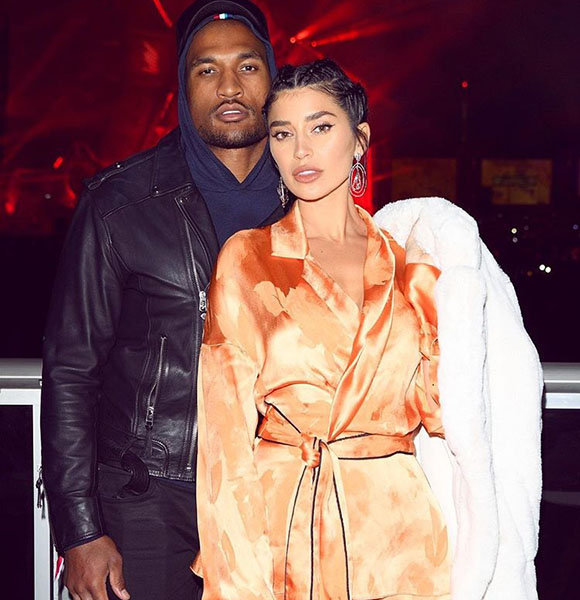 Nicole Williams is an International model who is famous for her appearance in the E! network reality series WAGS - a show that focuses on the lives of the wives and girlfriends of professional athletes. Nicole is also popular on social media with the name - justtnic, who has more than 1.7 million followers on Instagram as well as around 30,000 followers on Twitter. Explore more about Nicole!

Nicole and former American footballer Larry English started dating in 2012 and finally got engaged in September 2016. The NFL player proposed Nicole at season two finale of WAGS, and the model instantly said yes to her longtime boyfriend of four years. The engagement ring was reported to be an 18-carat rose gold setting embellished with an oval 5.14-carat center stone, which was surrounded by a diamond band with over 100 round stones for a total weight of almost six carats—with a price tag of over $250,000.

After just seven months of their engagement, the couple tied the knot on 19 May 2017 at the Montage Laguna Beach in California. Nicole Williams poses with her husband Larry English on their wedding day in May 2017 (Photo:people.com)

Nicole wore a custom made wedding gown by Michael Costello, which featured a plunging neckline and intricate lace detailing. She looked mesmerizing as the dress hugged her perfect physique. Nicole chose to wear a traditional, long white veil that fell to the floor, which was pinned to the back of her long silky hair.

Also, some of the famous guests to be present at the wedding include Brody Jenner, Karrueche Tran, Wilmer Valderrama, Shanina Shaik, and Christina Milian, along with WAGS co-star Olivia Pierson.