By LRU Writer | On: December 03, 2018
American comedian, Eric Andre is not only famous for his witty rumor but also for his dating life. The actor/writer, famous for his works on The Eric Andre Show, The Lion King and Disenchantment, has always surprised fans by moving swiftly from one relationship to another. After failed affairs with two dazzling actresses, Eric has now turned to a lesser known woman. 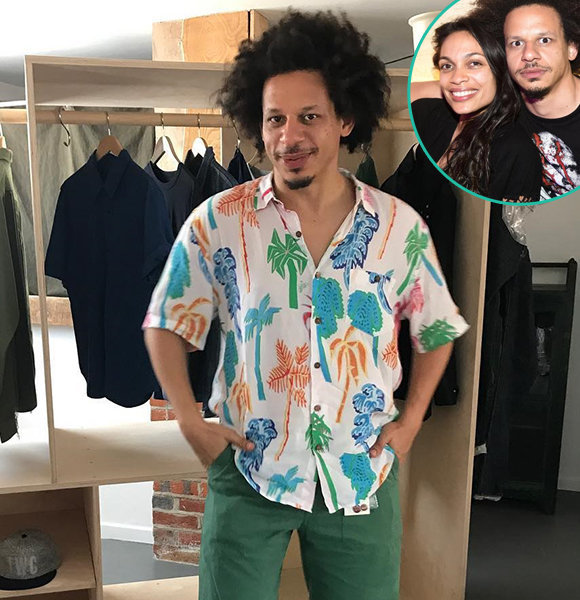 American comedian, Eric Andre is not only famous for his witty rumor but also for his dating life.

The actor/writer, famous for his works on The Eric Andre Show, The Lion King and Disenchantment, has always surprised fans by moving swiftly from one relationship to another. After failed affairs with two dazzling actresses, Eric has now turned to a lesser known woman.

Learn about the dating life of the famous comedian along with the rumors that have surrounded the personal life of Eric.

While Eric's dating life has always been a topic of interest to his fans and followers, he was to actress Amber Rose back in October 2015. Amber had come out of a breakup with rapper Wiz Khalifa when the rumors started.

The rumors began on 12 October when Amber called the comedian a "hottie" on one of her Instagram posts. She wrote,

The 35-year-old comedian soon returned the favor through his Instagram and wrote on his wall,

“My #wcw is the lovely, the beautiful, @amberrose”

The series of flirty messages followed for a while, and on 19 October 2015, Amber posted a picture of the alleged couple. Eric reposted the photo, changing the caption and shared on his Instagram, on the same day. However, when their momentary fling was never confirmed, both of them deleted the earlier shared messages.

Soon after his breakup from Amber, Eric was tied to another dating rumor and this time with actress Rosario Dawson. Although, it's not apparent where or when the pair, the gossip of them dating was first started when Eric shared a picture along with Rosario via his Instagram on 28 July 2016.

Later in December 2016, Daily Telegraph reported that the duo had been spotted hanging out at a nightclub in Sydney, Australia. However, the alleged romance was thought to be a joke as Eric was famous for pranking on others.

The relationship was confirmed months later when Eric revealed on Valentine's Day 2017 that it was not a prank and the two were indeed dating calling Rosario the "undisputed most gorgeous being on the planet."

Rosario posted back calling Eric as her "main man." Rosario later appeared in an interview with Stephen Colbert on The Late Show in April 2017 and mentioned that the couple had been dating for several months.

Sadly, the romance between Eric and Rosario didn't last long, and the rumors of them break up started circulating in the media in November 2017. An insider affirmed their separation but added that they had parted ways on good terms and would remain as close friends.

The pair has not been spotted after their split, so maybe they didn't separate on such good terms as previously stated by the insider. After his split from Rosario, Eric moved with his life and started dating a new woman.

Settling Down With Latest Girlfriend?

The 6' (1.83 m) tall actor has been known to recover swiftly from his breakups and make himself available for dating after a failed relationship. This pattern has not changed as he is romancing again this time with a relatively unknown woman. Later on 11 March 2018, he posted another post alongside the same woman mentioning that the couple was deeply in love.

Though he announced his girlfriend's birthday on social media, he has not revealed her girlfriend's age. But it can be witnessed that his girlfriend seems much younger than him in age and a bit shorter in height.

Also, the couple seemed to be on their fullest party energy on her birthday bash. On 29 November, Eric shared the adorable video with her girlfriend quoting it the "Birthday girl got Bars."

Since he has been featuring his new girlfriend from earlier this year, he has not identified his girlfriend. The identity of his mystery girlfriend has not been disclosed; however, some claim that Eric has finally found his soulmate in the beautiful "big-eyed" woman and is set on making her his wife.

Like most celebrities, Eric has also been a victim of gay rumors. The speculations commenced after he kissed a man in one of his episodes of Adult Swim's The Eric Andre Show. In the episode, where Eric played a criminal, he made out with a policeman after the law enforcement officer arrested.

Although it was just a plot of the show, fans believed it to be life-like due to the reaction and dedication of Eric while kissing the fellow comedian/friend, James Adomian. The Florida-born even shared a tweet stating the question posed by Anonymous whether Eric was gay in real life. He wrote via Twitter on 4 April 2015,

Eric has neither approved nor denied the gay accusations. But seeing his list of girlfriends, it seems like a far-fetched hypothesis to assume Eric as a gay man.