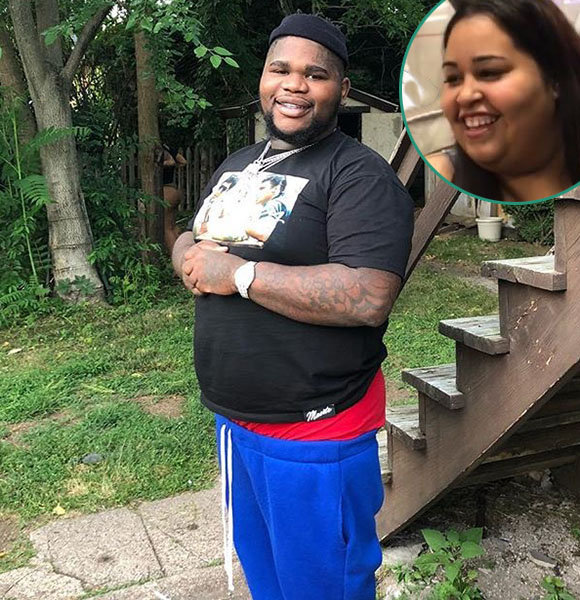 In this social media era - where Instagram stars are considered as big of a celebrity as their Hollywood counterparts - none have transcended the show-biz scene with so much finesse than the Hip-Hop sketch comedian FatBoy SSE.

His rise to superstardom is well documented on social media platforms i.e. YouTube and Instagram. From becoming an overnight Instagram sensation to helping his loved ones (girlfriend) create a platform for herself, FatBoy SSE, age 24, has come a long way!

Without further adieu, let’s delve into answering the question “who’s FatBoy SSE?” by analyzing his wiki!

To say that FatBoy SSE - real name: Tyriq Thomas Kimbrough - had a rough upbringing would be an understatement.

Growing up in the tough neighborhood of Irvington, New Jersey, in the 90’s was nothing but troublesome. His origins would eventually shape the star he is today. Some might say that the 24-year-old became the product of his environment.

Despite coming from a two parents household, he fell into the company of a wrong circle. A closer look at his wiki reveals that by the age of 14, he was already selling drugs.

However, after losing his sister to gun/drug violence in 2008 and he himself at the risk of being incarcerated, the Drake rapper decided to quit the drug dealing and focus on leading a normal life with a regular job.

In an effort to do so, he even got a job at Chipotle. He was later let go by the famed franchise because of his delinquency and poor work ethics.

Fatboy - who stands 5'8'' in height - soon realized that he wasn’t cut for the life with a minimum salary and a day job. And as a result, he began uploading YouTube videos of him rapping in the hopes he might gain success as an entertainer. Today, the New Jersey native has become one of the more popular faces of the World Star Hip Hop’s YouTube content. His music walks that fine line between parody raps and serious lyricism. In one record, he berates of wanting to own millions in net worth (as for his actual net worth, it is believed to be a little under $1 million).

And on the other, the Upset rapper is urging his fans to boycott the Burger King.

However, it was at Instagram that the New Jersey native found a true home for himself doing skits. A Follow from Meek Mill and a Retweet of one of his skits by rapper 50 Cent further demonstrated his burgeoning superstardom.

You May Also Like:- Mike Sherm Wiki: Everything From Age, Girlfriend To Parents, Net Worth

Over time, FatBoy has widened his social media reach, often collaborating with other Internet celebrity stars including Jiggy and Asia Keys. But none has been featured heavily in his comedic skits than his girlfriend and fellow Instagram star, Jas -- like, FatBoy, she too is of American nationality. The **** Burger King rapper and Jas' relationship clearly doesn't go as far back as 2014, if we took his tweets into account. On 1 November, he sent out a tweet that read:

The Skits involving FatBoy and his girlfriend, Jas relies heavily on the lovers’ chemistry as they try to craft videos that depicts the woes of the everyday millennial couples.

Their Instagram skits range anywhere from true depictions of couples dealing with partner’s lack of regard for money to mundane topics such as cheating and adultery.

FatBoy wiki reveals that the 24-year-old sketch comedian and his girlfriend, Jas have appeared on YouTube channels including Sarah and Melanie Live.