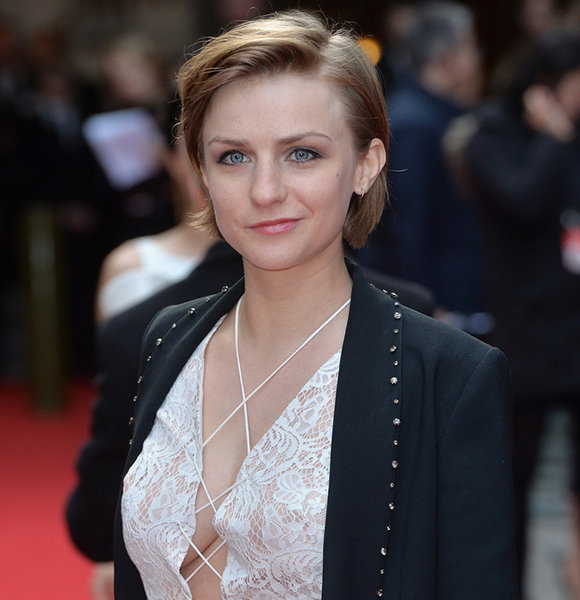 The beautiful English actress Faye Marsay is famously known for portraying the role of The Waif in the sixth season of Game of Thrones alongside talented actor Tom Wlaschiha and actress Maisie Williams.

With her rising fame, there have been many rumors surrounding the actress's sexuality, tagging her as lesbian.

Along with the rumors, the actress has accumulated fans who are curious to know about her.

Well, if you belong to the group of her followers, and are wondering about her life behind the camera, follow us in the context below as we shed some light on her life. So, let's get started!

No news about her being married, having a husband, or dating a boyfriend has ever surfaced in the media. So it's uncertain if the lady is busy working on her career or is hiding her personal life.

Find Out: NBC News' Jenna Wolfe and Her Lesbian Girlfriend. Not yet Married But Have 2 Children

It looks like the fans and followers of the actress have to wait until Faye opens up about her love life. Faye's obscure love life has made people question her sexual orientation.

The existence of her queer rumors was fueled by her lesbian roles too. She essayed the role of Alex alongside another lesbian character played by Lucy Punch in the 2017's comedy 'You, Me And Him.'

Faye even portrayed the character of a lesbian activist, Steph, in the romantic drama 'Pride' in 2014.

Learn About: Know about CNN's Erin Burnett Being Gay, Married Life and Children.

But still, no conclusions can be made based on gossip and rumors. We have to wait until Faye comes forth to speak on the matter or makes a statement regarding it.

She has been keeping her love life private; however, she regards his dog as his love. Faye posts a picture of her dog and calls it her "love." (Source: Instagram)

We hope she will share photos with her partner in the future.

Faye was born on 30th December 1986 in the northeastern English town of Middlesbrough, England. Talking about her parents, her mother is a secretary for the NHS, and her father is a steelworker and a firefighter.

Faye completed her acting study at the Bristol Old Vic Theatre School and has been working as an actor since then. She received the 2012's Spotlight award for her British theatrical work.

Interesting: John Amos's Kids Following His Footsteps-Who Are His Kids?

Faye rose to fame after she starred in The White Queen as Anne Neville in 2013. She has played in numerous TV series like Fresh Meat, The Bletchley Circle, Glue, Doctor Who, My Mad Fat Diary, Vera, Game of Thrones, Black Mirror, and McMafia.

Her movie credits include Shamed, Darkest Hour, Pride, and Is That It? Recently the star celebrated her 27th birthday, which she shared with her fan following through her Instagram, stating,

Stay with us for more updates regarding the star's personal life, which she may share with us soon, and follow along for her future endeavors.