By LRU Writer | On: January 12, 2017
Currently working as a news anchor on the Fox News Channel, The beautiful Heather Nauert serves the viewer with the top headlines on her daily morning news/talk program called “Fox and Friends.” Heather now, 46-year-old, married the love of her life in the year 2000. Her husband’s name is Scott Norby and he an investment banker who serves at Goldman Sachs.

Currently functioning as a news anchor for the Fox News Channel, Heather Nauert also serves the viewer with the top headlines on her daily morning news/talk program called “Fox and Friends (weekdays 6-9AM/ET) .”

Without any further delay, let’s jump right into her personal life.

Heather, a famous 46-year-old bluestocking, has been married to the love of her life since the year 2000. Going by the name of Scott Norby, her husband is an investment banker who serves at Goldman Sachs. Heather has two sons with Scott Norby.

When I go grocery shopping, I buy hundreds of things. When husband goes he buys 3: chips, ice cream and ham. #men pic.twitter.com/zgD6mTq9Av — heather nauert (@HeatherNauert) May 8, 2014

Like many famous journalists, Heather has managed to keep her personal life private. Albeit much information couldn't be generated regarding her husband and children, the family is apparently living happily at their residence located in the Long Island, according to TV Newser .

Here are some pictures of her family, her sons, her brothers along with other interesting mentions: 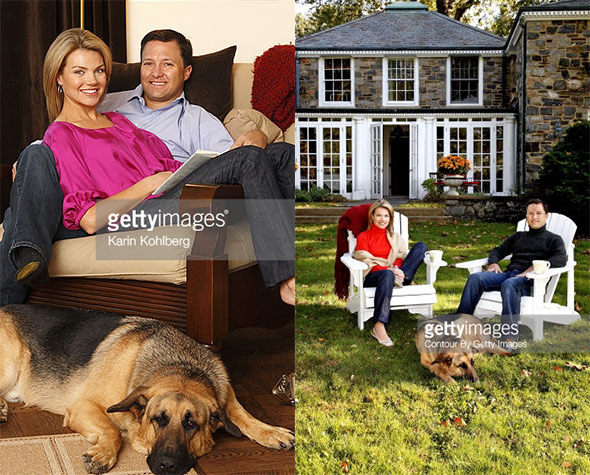 An Important member of the family: Sawyer

When She Was A Brunette:

Once upon a time boyfriend and First Kiss:

In one of her shows, she has said that even if her job as news anchor at Fox News ends, she has another job waiting on the line: The job of "a wife" and "a mother." Heather and her husband currently enjoy a healthy relationship with a null chance of divorce. Now that her two young boys are of age to be kindergarten but things are exactly opposite with the two young lads as one of them is very excited and can't wait to start the school while holding the sign that said 'it's my first day of kindergarten' while the other even refused to hold the signboard unless it said 'I hate school' with what was clearly a grumpy face.

Heather Nauert was born on January 27, 1970, in Rockford, Illinois. She got her Bachelor of Arts in communications from Mount Vernon College for Women and followed it with Master's degree in journalism from Columbia University.

Aside from Fox News, Heather has also worked for ABC News as a general assignment correspondent and contributed to ABC's World NewsTonight, Fox News' Good Morning America, Fox and Friends First and Nightline and in doing so, worked alongside notable news hosts such as Heather Childers, Kimberly Guilfoyle, Anna Kooiman and many more.