By LRU Writer | On: March 04, 2021
Frankie Muniz is an American TV actor famous for his role in movies like Big Fat Liar (2002) and Agent Cody Banks (2003)...He is engaged to his longtime girlfriend...They started to date around...His fiancee is a...Frankie was also in a relationship with Hilary Duff...They dated for...The actor was born on...His height extends to...and his net worth is...Frankie suffers from memory loss and... 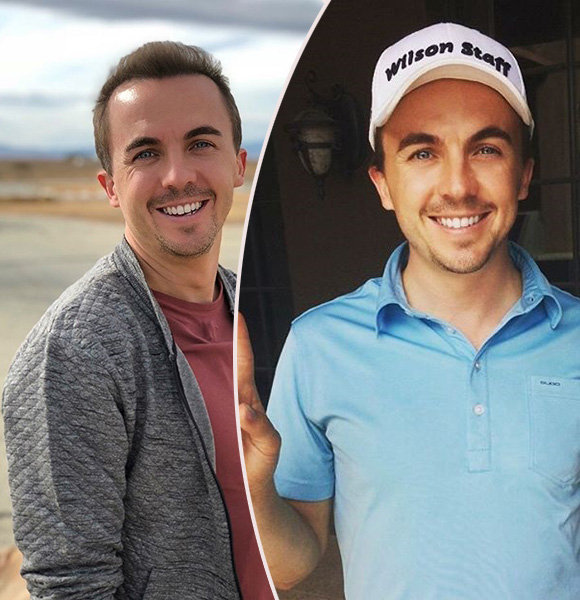 American TV actor Frankie Muniz is famous for his role in Fox's comedy TV show Malcolm in the Middle (2000); he was nominated for an Emmy Award for his role in the series.

The actor has also appeared in Hollywood movies like Big Fat Liar (2002) and Agent Cody Banks (2003). However, he started his acting career by performing the role of Tiny Tim in A Christmas Carol for three years.

In 2008, Frankie put his acting career on hold to pursue an alternative career in Open Wheel Racing. He returned to Hollywood as a voice actor in the 2010 movie, The Legend of Secret Pass.

The Malcolm in the Middle actor is married to Paige Price.

The pair started dating in April 2016 and got engaged on 18th November 2018, after Frankie proposed to Paige at the Lantern Fest in Casa Grande, Arizona.

After 15 month of engagement, the couple tied the knot on 22nd February 2020 in a small ceremony in Phoenix, Arizona For their special day, the groom donned a burgundy suit, with a white shirt and black tie, whereas the bride stunned in a beautiful lace detailed gown.

Who Is Paige Price?

She began modeling at the age of eighteen and won her first beauty pageant in 2013, earning the title of Miss Classic Kumite.

The actor was in a relationship with Hilary Duff for two years. The ex-flames started to date around 2002 and decided to call it quits in 2004, with no hard feelings towards each other.

After breaking up with Hillary, Frankie got engaged to Jamie Grady in 2005. But they couldn't get along and went their separate ways in 2007. Further, the actor was also engaged to publicist Elycia Marie Turnbow in 2011.

However, Frankie was also rumored to be dating Ellen Page and Amanda Bynes.

Age And Some Interesting Facts About Frankie Muniz