By LRU Writer | On: November 06, 2018
The famous outfielder, who won his name as the Texas League All-Star Game MVP, is currently busy weaving his high-profile love life with his lady love.....Turning his long-term girlfriend into his wife, George Springer just took his romantic endeavor to another level. 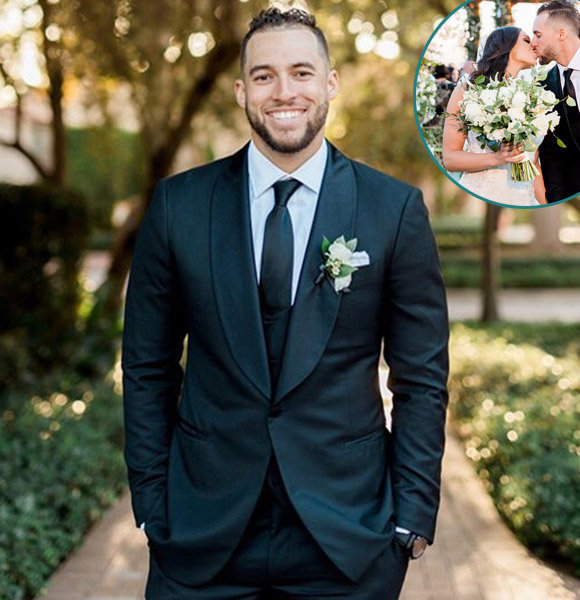 The famous outfielder, who won his name as the Texas League All-Star Game MVP, is currently busy weaving his high-profile love life with his lady love.

Turning his long-term girlfriend into his wife, George Springer just took his romantic endeavor to another level. Getting down on his knees, to ringing his wedding bells, the famous baseball player has done it all.

Keep reading to know the story!

Getting Down On His Knees: George Asks Girlfriend To Be His Wife!

On 2017, the famous outfielder who earned the title, “Texas Player of the Year,” had just caught a bigger attention in the media when he spilled the beans about his engagement on Houston Astros Radio during their broadcast at Pluckers.

The baseball star, who had no problem winning millions of fan’s heart, reported that he had succeeded in winning Charlise Castro’s heart after asking her to marry him.

George, who was on a vacation in San Jose Del Cabo, Mexico in December 2016 with his girlfriend, changed their laid back time in Mexico into a romantic episode by bending his knees to his girlfriend alongside the words  "Will you marry me" written in the sand. This spectacular moment of surprise took Charlise by "aww" and filled her with unexplainable ecstasy. She shared the picture of her husband-to-be kneeling down on one knee with the caption:

“Filled with inexplicable happiness and unconditional love because I am marrying my best friend!! I absolutely cannot wait to call you my husband!!!!”

Shortly after when Charlise’s “yes,” the duo then broke the news on their social media about their fairytale engagement and got elated to start the journey of happily-ever-after.

Walking Down The Aisle: Springer Swapps Vows With Wife!

After receiving his “yes”, Springer then decided to walk down the aisle with his fiancee to exchange their “I Dos”.

You May Also Like: Abbie Burnett Married At Age 26, Details On The Wedding With Husband!

Reserving The Resort of Pelican Hill in Newport Beach, for their big day, the duo exchanged their vows on 20 January 2018 and gave off a lavish wedding ceremony to their close friends and families. Every viewer got blownaway by the Duo's wedding pictures (Photo: Heavy.com)

The pair’s aw-worthy wedding pictures were shared in their social media, that left their fans in great joy to see two of the most beautiful celebs tie the knot together.

The model, who was dressed in a lacy white gown, carrying a white bouquet of flowers and walking down the flower sprinkled aisle, was left with many congratulation comments from her fans who were delighted to see the duo enter the road to matrimony.

Marrying his lovely girlfriend at the age of 29, the baseball player who belongs to an American ethnicity earned a bigger achievement in the year 2018.

After such a romantic phase, the all-star player might soon welcome a new member to his family of two. The only wait is for the pair to break the big news about them being parents soon.