By LRU Writer | On: August 18, 2019
Hannah Teter has settled with a husband by now...and her boyfriend engaging in intimate sessions...those wondering about Hannah’s net worth 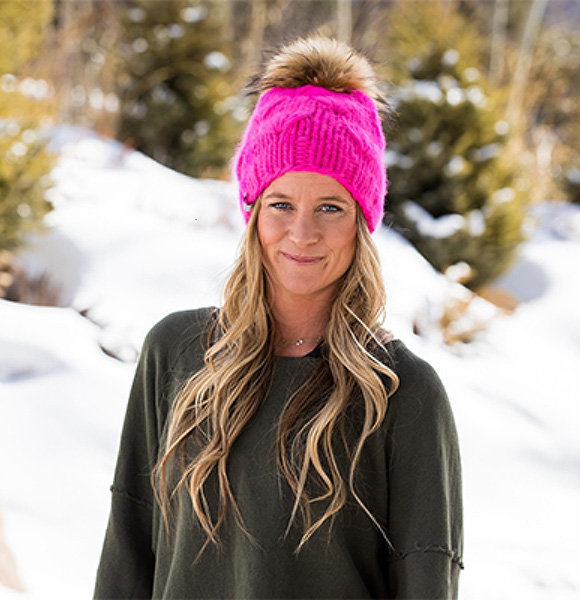 Hannah Teter’s accomplishments in the arena of snowboarding are quite impressive. In 2006, the professional snowboarder took home the gold medal in her Olympic halfpipe debut.

Likewise in 2009, she won the title of Australian Open and still stands proudly as an eight-time world cup medalist.

Besides working as a full-time snowboarder, the athelete is also active in humanitarian works. She is the founder of a charity organization named Hannah’s Gold and was even able to raise nearly $200,000 for a poor village in Kenya.

Furthermore, she has also made appearances in documentary movies such as First Descent and Snow Blind.

Hannah (birthname: Hannah Lee Teter) was born on 27 January 1987 in Belmont, Vermont. Almost every member of her family has a snowboarding background.

Her father Jeff and mother Pat Teter were professional skateboarders and were keen skiers. Her family resides in Vermont, where Hannah's father is engaged in producing maple syrup for commercial use.

The 32-year-old athelete is the only daughter in the family and has four elder brothers. Her eldest brother Amen is also a professional snowboarder, and he even works as her manager.

Likewise, Hannah's other two brothers Abe and Elijah Teter compete for the US snowboarding team. However, her youngest brother has mild autism, a developmental disorder characterized by difficulty in social interaction.

As a result, it prevented her brother from engaging in snowboarding like most of the family members.

Talking about her measurement, the athlete stands 5 feet and 6 inches (1.68 meters) tall in terms of her height; whereas, her weight is 60 kilograms.

With an established career behind her, many of the snowboarder's fans undoubtedly wonder if Hannah has settled with a husband by now. However, it has not been much of a joy ride for Hannah.

In 2012, she started dating Johnny Devenanzio, a reality star known from shows such as Battle of the Exes and Rivals 2. There were reports that Hannah broke up with him in 2016, but they got back together again the same year.

The pair were very transparent about their relationship. Unfortunately, Hannah and Johnny's love life remained way too much public even after they ended it in 2017.

On August 2018, a private sex tape got leaked online which allegedly featured Hannah and her ex-boyfriend engaging in intimate sessions. However, the leak didn’t create much of a buzz, and neither Hannah nor Johnny confirmed or denied about their appearance in the video.

Since 2018, the snowboarder has been spending quite some time with her alleged boyfriend, Luke Johnson. The two haven’t shied away from posting each others picture in their Instagram handle and even tag each other from time to time. Although the two can’t be seen sharing the frame in any of their pictures, it’s evident that the two have been spending times together for about a year. But, admirers will have to wait and watch if she ever confirms her relationship with Luke.

Hannah’s net worth is valued at $1 million. Considering her wins at various tournaments, it won’t come as much of a surprise that she rakes in an impressive salary.

Also, she has an entrepreneur spirit, and some part of her income is generated from the sales of Maple Syrup through her charity website.