By LRU Writer | On: December 31, 2018
If you were to take a deep dive into Johnny Devenanzio's life, one thing you'd surely discover would be his net worth, but that's not all which he has to offer...The winner of the MTV reality show, The Challenge: Rivals III, is also infamous for his multiple affairs and his bully attitude towards women...The reality star's love life is unpredictable as he is rumored to have been in relationships with several ladies, some turned out to be true whereas others only confined to gossips...Today, let's spare some moments to explore the personal life of Johnny along with his bio which includes the details of his age, height, net worth, and more... 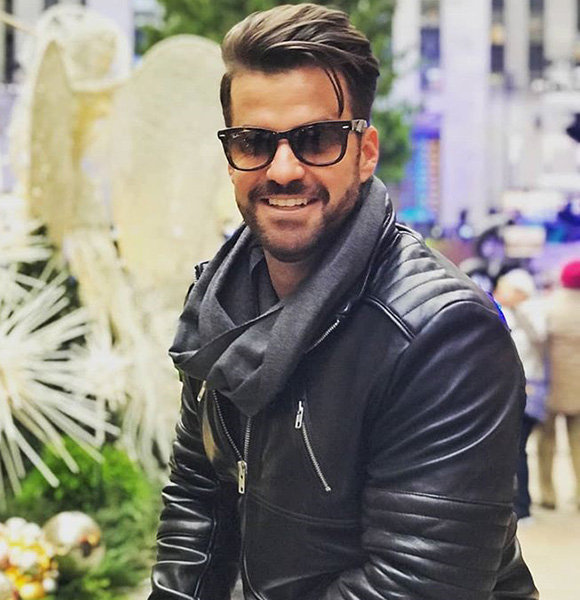 If you were to take a deep dive into Johnny Devenanzio's life, his flying net worth might be something to grab the attention!

But that's not all which Johnny Devenanzio or "Johnny Bananas" as the fans may call him, has to offer.

The winner of the MTV reality show, The Challenge: Rivals III has all his attention for his multiple affairs and his bully attitude towards women. The reality star's love life is unpredictable as he is rumored to have been in relationships with several ladies, some turned out to be true whereas others only confined to gossips.

Why don't you explore all the personal life of Johnny along with his bio which includes the details of his age, height, net worth, and more in one go!

Stability is something Johnny's love life does not possess for he often gets linked with several alleged girlfriends, which have not always been true.

Back in April 2014, the California native was rumored to be dating his co-winner of The Challenge: Battle of the Exes, Camila Nakagawa. However, it later turned out to be false as he was already in a relationship with another woman.

As of 2014, Johnny was dating U.S. snowboarder and Olympic gold medalist, Hannah Teter.

The couple reportedly broke up in 2016 but were thought to have got back together in June 2017, when the reality star shared a picture of the two enjoying their Yoga session at Lake Tahoe, Nevada. Further, he also stated that he was in a relationship during that period, which many took as his confirmation to dating Hannah. However, by December 2017, he revealed himself to be single when he went on to participate in The Challenge: Vendettas as a lone man. He talked about his bachelor life saying,

“This is the first Challenge I’ve come on as a single man. The Banana has left his bunch. Me and my girlfriend for five years called it quits. So here I am: single and naked as the day I was born.”

During the show, Johnny was paired up with Natalie Negrotti, and the duo even developed a liking for each other.

After the end of the show, Johnny was spotted on a date with Natalie in January 2018, and their fans even assumed them to be lovers judging by their intimate photograph, where the two could be seen kissing each other. Later, Johnny also romanced Angela Babicz while on the show, The Challenge: Final Reckoning; however, their relationship was limited to professional commitments.

In August 2018, a sex tape got leaked which apparently featured Johnny and a woman who resembled his ex-girlfriend, Hannah Teter.

While neither of the party has confirmed if the duo has got back together, fans are already cheering the couple, whom they want to see as husband and wife.

Bio Inlcudes Net Worth And Salary; Record Win Of The Challenge

Johnny, aged 36, is a reality star famous for his shows like The Real World and The Challenge. He has won The Challenge a record of six times. His bio suggests that the TV personality, who stands at the height of 5' 9¾" (1.77 m), is also an actor known for Robot Chicken, Scream: Killer Party, and The Head Thieves.

Further, he currently proclaims a net worth of $200 thousand, which he has accumulated from his various shows and movies. Further, he also earns a salary from YouTube ranging from $17 to $279.