By LRU Writer | On: September 12, 2018
Hazel Mae is married to her husband...who is a former...The couple exchanged their wedding vows back in...after having affair for a while. They even share a kid of their own. Back in...Hazel gave birth to her first baby...whom they named... 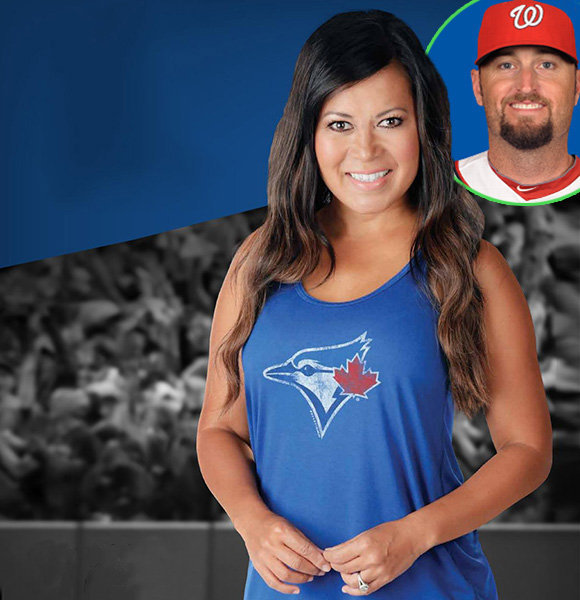 Founder of Hazel Mae Design Inc., Hazel Mae, who is of Filipino-Candian ethnicity, is also a television sports broadcaster. She is also a former lead anchor at the New England Sports Network's news program SportsDesk.

While her meteoric rise to stardom took her from Boston to Toronto to New York, she not only reached heights in her career but also earned a family for herself. Indeed, Hazel is blissfully married to her husband and shares a 6-year-old child with him.

Hazel is blessed with a happy family of three!

Hazel Mae, who is also an anchor at MLB Network, is happily married to her husband Kevin Barker, who is a former major league baseball player. Hazel's husband Kevin last played for the Cincinnati Reds.

See Also: Even After Three Children, Laura Ingraham: Still Not Married, Fending Off Any Issues of Husband and Divorce

Hazel and Kevin seem to share similar interest towards sports. Even though how the couple met for the first time and fell in love is still a mystery, by the looks of their togetherness, it seems that they share a strong base of their relationship.

After having affair for a while, Hazel and Kevin exchanged their wedding vows in a star-studded ceremony held back in Hazel's hometown, Toronto. The couple tied their nuptial knot back in the first week of January in 2011.

While Hazel now has her own clothing line, she put on the glittery fishtailed white gown for her big day. Her wedding dress was complimented by the hip-length white net veil. As for Kevin, he chose a black tusk with a white shirt and white tie.

The couple had their ceremony just as they planned accompanied by close friends and family. The pair recently celebrated the completion of their seven years of marriage.

Hazel, who has an estimated salary of $67,407, marked their wedding anniversary by posting a picture dating back to her wedding day. She posted a photo in which Hazel and Kevin are seen holding each other's hands while they had all smiles.

Their Smiles expanded when they were blessed with their kid.

Hazel and Kevin are blessed with a kid making them a small family of three. After a year of their marriage, Hazel was pregnant with her first baby. Even during her pregnancy, Hazel was determined to be fit and kept going with her work out routines.

Back then, Kevin and Hazel's doctor was looking after her routines as she was still working out during her 8th month of pregnancy. Not long after they were blessed with a healthy baby boy whom they named Chase.

With the addition of Chase Hazel and Kevin finally had a family of their own. Having Kevin around was much help as Hazel revealed through an Instagram post that there is nothing he wouldn't do for his baby boy. Their small family of three even celebrated Kevin's birthday with a baseball cake while their son Chase sat on Kevin's lap.

Well, Hazel, who has an average net worth, is blessed with a happy family of three filled with love and togetherness.