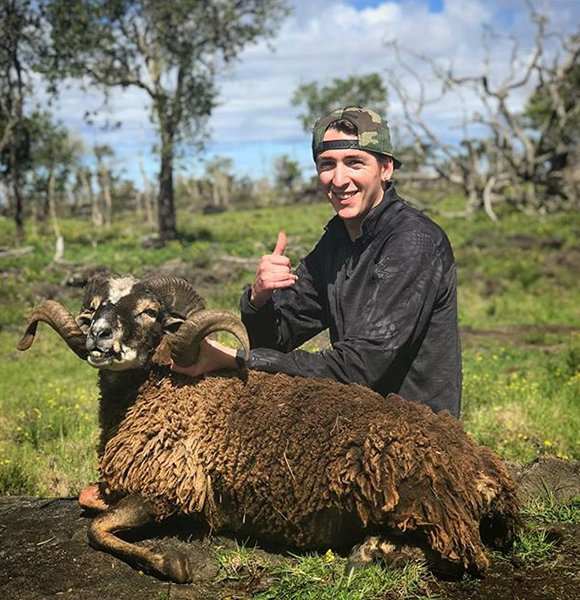 Hunter Fieri is the son of eccentric celebrity chef-turned-TV host Guy Fieri. Ever since entering his dad's life, he has - time and again - proved himself as a lucky charm.

The year Hunter was born, Guy opened his first restaurant in California. When he was ten years of age, his dad won the second installment of The Food Network Star. Watching his father attain global stardom as a celebrity chef/TV personality, Hunter felt motivated to follow the blueprint.

As Guy Fieri's son, Hunter - more or less - wanted a piece of the show-biz and restaurant business. Though as a teenager, he was very much into sports and wished to become a supercross racer.

Between September 2012 and May 2015, he worked as a line cook at Jhonny Garlic's and Tex Wasabi's, his dad's signature restaurant. While in high school, Hunter and his friend ran a mobile pizza trailer called Kulinary Gangstas.

After graduating from high school, Hunter and Guy traveled across Europe, trying different foods and learning new cultures. The Food Network documented the entire trip and released it as Guy and Hunter's European Vacation.

Following the vacation, Hunter left for college, which also happens to be his dad's alma mater. Explaining his decision to The University of Nevada, Las Vegas (UNLV), he said:-

"I chose to go to school at UNLV because it's one of the best places for hospitality; that’s why I wanted to go there..."

While in college, Hunter interned with restaurants of celebrity chefs including Bobby Flay, Giada De Laurentiis, and Gordon Ramsay.

As a measure to draw inspiration from his dad, Hunter even tattooed his dad's Hollywood Walk of Fame star on his bicep. Admittedly, he wants to follow Guy's path and create a legacy of his own.

If nothing else, Guy's $20 million net worth should provide enough motivation for Hunter to work twice as much.

Hunter's personal life isn't perhaps as exciting as the fans would believe. For a son of a celebrity chef, he maintains a low-key love affair with his girlfriends. The only account of his dating life came when he accompanied a gorgeous girl to the prom in 2015. Because Hunter refrains from speaking on his love life, he gets labeled a gay man. So does his father, who denies being anti-gay. Neither of the two are gay though.

Morgan Fieri, Hunter's aunt (Guy's sister), however, was an openly lesbian. She died of Melanoma in 2011.

Talking more about his family: Hunter - who turned 22 years of age in August 2018 - has a younger brother named Ryder. In June 2018, Ryder graduated from 6th grade.

Hunter was born in 1996 as the firstborn of Guy Fieri and Lori Fieri. His parents met through a mutual "friend." For his dad, it was love at first sight. With regards to height, Hunter is taller than his father, who is five feet and ten inches (1.78 m) tall.