Transgender Actress Hunter Schafer Surgery Details With Before & After Pics 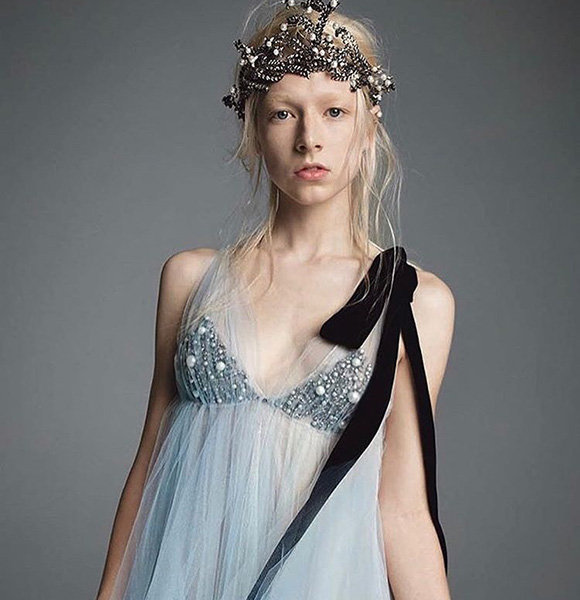 Actress Hunter Schafer rose to prominence following her onscreen debut in the critically acclaimed show Euphoria in 2019. In the show, she played the role of transgender character Jules Vaughn, as the actress is gaining fame, the ongoing discussion about her surgery, dating life, and boyfriend is always on.

She is also an LGBTQIA+ activist as well. She sued North Carolina after House Bill 2 was passed in March 2016. The bill stated that trans people were required to use the bathroom as per the assigned sex at birth regardless of gender identity. As a result of her petition, the bill got repealed.

Hunter is a transgender woman who was diagnosed with Gender Dysphoria while she was in ninth grade. Talking about a medical term, you surely would want to know what it exactly means; gender dysphoria is a medical condition where an individual experiences distress when one's biological sex doesn't match their sexual identity.

As per her doctor, during an interview with News Observer in 2015, the anguish resulting from Gender Dysphoria can have an extensive effect on your mental health, leading to suicide as well.

Going through surgery was not her first step as Hunter underwent treatment way earlier before she hit puberty with the help of hormone blockers.

As a result, after turning 18, she went through sex-change surgery. Her transition treatment was carried out by Deanna Adkins, the endocrinologist at the Duke Children’s Hospital and Health Center. Hunter Schafer's Picture Before and After Surgery (source: ytimg.com)

Currently, after her surgery Hunter is happily expressing herself as she always wanted to; this can be witnessed through her flourishing Instagram posts, which are filled with artistic and amazing photoshoots. Talking about iconic photoshoots and looks, her met gala appearance sure takes the number one place. Being is a proud queer, Hunter does not like to label her sexuality categorically she stated with i-D in 2019

"I'm closer to what you might call a lesbian,"

But well, she is surely opening up her horizon as she is now dating Euphoria co-star Dominic Fike. Dominic is an  American singer, songwriter, musician, and actor.

The duo went official when Dominic posted a picture of them kissing, where he wished Hunter happy birthday on his Instagram story. The pair is very happy and are timely seen together out on their dinner dates. Apart from her dating status, now let's get to know a little more about Hunter.

Speaking about her siblings, she has two younger sisters and one younger brother.

Hunter finished her college education at the University of North Carolina School of the Arts and stands 5 feet & 10 inches (1.78 meters) tall in terms of height.

Adding on to her professional life, Hunter has modeled for reputed brands such as Dior, Marc Jacobs, Miu Miu, and many more.

In 2017, she made it to the Teen Vogue magazine's list of 21 girls younger than 21 who were changing the world, and she also had a chance to interview former Secretary of State, Hillary Clinton, for Teen Vogue.

The model has now amassed more than 7.3 million followers on her Instagram handle, serving her iconic projects.

Witnessing Schafer's flourishing career, we cannot wait to update you guys more on her.