By LRU Writer | On: November 17, 2019
Iris Apatow is a rising child actress most prominently known for her work...While details on her career are a little fuzzy, the young actress is on her way to establishing a name for herself. As of 2019...On 11 July 2019, Iris made a grand appearance on...With the lovey-dovey moments they have shared with the world, it appears that the two are...For the time being, the actress is enjoying the lifestyle provided by... 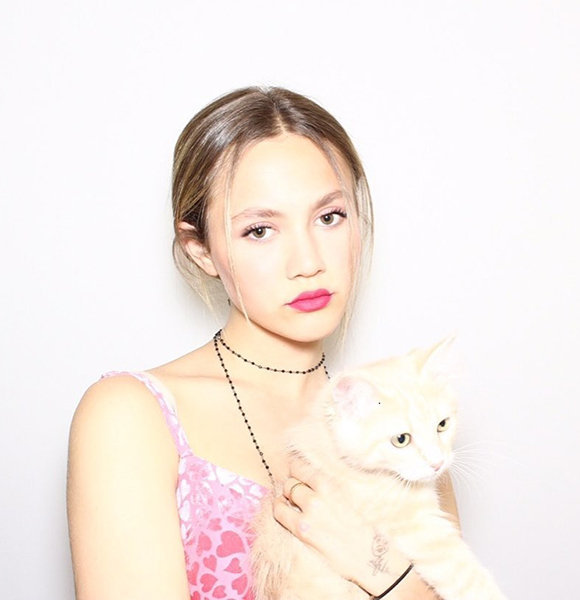 Iris Apatow is a rising child actress most prominently known for her work in Funny People, This Is 40 and Knocked Up.

Her very first acting debut was in 2007 when she was just five years old. In recent years, Iris went on to work on the Netflix romantic comedy, Love.

Who Is Irish Dating?

In the past, nothing much was known about the dating life or any past relationship of the actress's life. Up until 2017 and 2018, Iris remained tight-lipped about a potential relationship.

Previously cropping her face with other celebrities as a joke on National Boyfriend Day 2017, Iris ensured that her single status was well known. However, in 2019, it seems Iris has blossomed a romantic connection.

In June 2019, Iris made a grand appearance on Alfie Hohnen-Weber's Instagram account. The young pair were seen hugging each other in the said picture. And, Alfie captioned it with three heart captions.

Following the post, the recurring appearances of the couple on each other's social media suggested the start of their relationship. While both Iris and Alfie have yet to disclose the nature of their relationship, their photos tell it all. With the lovey-dovey moments they have shared with the world, it appears that the two are dating each other.

Iris Apatow is the daughter of parents director and producer Judd Apatow and actress Leslie Mann. Their second daughter, together, Iris, also has an elder sister named Maude Apatow, who is also an actress by profession.

The mother-daughters trio has worked in numerous movies together. Iris and Maude's first Hollywood debut was the movie Knocked Up in 2007. Directed by their father, Iris and her elder sister portrayed the roles of their mother's actual daughters in the film.

Even in the classic comedy, This is 40; the Apatow sisters played the roles of Leslie Mann's daughters.

In any case, Iris's parents and sister have been an influencing model for her acting career.

While in today's world, success is measured in terms of monetary value and property, details on Iris's success remain unknown due to the lack of a number associated with her net worth.

The rising actress's net worth is yet to surface; however, with her acting chops like Funny People, Sausage Party, Spendtime Palace: Sonora and Love, Iris is making her name grow in the industry.

For the time being, the actress is enjoying the lifestyle provided by her sucessful parents who have a combined networth of $110 million.