Who Is Jack Huston Girlfriend? Also Family & Net Worth Details

By LRU Writer | On: January 07, 2020
Actor Jack Huston comes from a family with...best known for his portrayal of...also gained massive recognition...long term relationship with girlfriend...has been dating former...parents to two children...was in a relationship with TV presenter...relationship did not last long...movies and TV shows...estimated net worth of...at the age of... 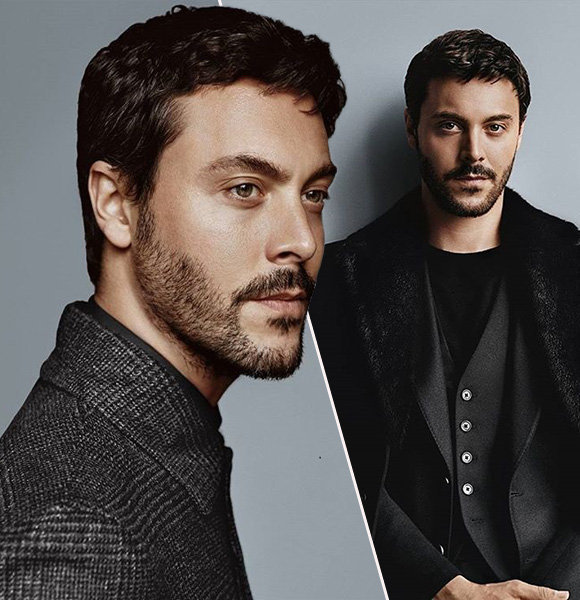 Actor Jack Huston, who comes from a family with deep roots in Hollywood, has been acting since a very young age.

He is best known for his portrayal of Richard Harrow in the HBO period crime drama series, Boardwalk Empire (2010-2013). Apart from this, he also gained massive recognition for his role as Pete Musane in the 2013 hit movie, American Hustle.

Who Is Jack Huston's Girlfriend?

Jack Huston is in a long term relationship with his girlfriend, Shannan Click.

The Boardwalk Empire actor has been dating the former Victoria's Secret model since 2011. As of now, Jack and his girlfriend are parents to two children. Their first child, daughter Sage Lavinia Huston, was born on 6th April 2013, and second child, son Cypress Night Huston, was born in January 2016.

Before Shannan, Jack was in a relationship with TV presenter Cat Deeley. The American Hustle actor and So You Think You Can Dance host started dating in September 2008.

The couple had even moved in together. But their relationship did not last long, and the two parted ways in July 2010.

From his American father's side, Jack is pretty much born into Hollywood royalty. His father, widely known as Tony Huston, is an actor, writer, and screen director. On the other hand, he is a descendant of the aristocracy from his mother's side.

Jack started his acting career at a very young. He landed his first acting role in a school play as Peter Pan, at the age of six.

As of now, Jack is set to join the cast of the hit crime drama show, Fargo, the fourth season, which will premiere in mid-2020.

Jack's amazing career as an actor with more than forty acting credits on his name, has rendered him an estimated net worth of $5 million.