By LRU Writer | On: January 28, 2020
Jacquees's former girlfriend was transparent about their relation...The rapper started dating her in...Facts About Jacquees Including Age, Height...Jacquees's real name is...as per Celebrity Net Worth Jacquee's net worth is...Moreover, his songs such as Ocean, B.E.D and You are some of his...Jacquees A.K.A King Of R&B Dating 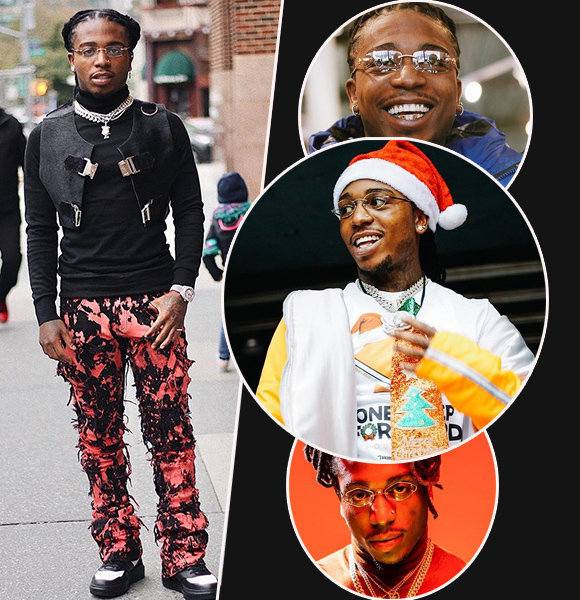 Atlanta based singer Jacquees is a well-known name in the realm of R&B for his 2011 mixtape Round Of Applause. He has worked with several other prolific artists including Travis Porter, Chris Brown, T.I. And Young Thug.

Moreover, in 2018, his track B.E.D was nominated in the category of R&B Song Of The Year at iHeartRadio Music Awards.

Jacquees's last known relationship was with R&B singer and rapper Dreezy( born Seandrea Sledge). She came to the spotlight in 2014 following the release of her remixed version of Nicki Minaj's song titled Chiraq.

Dated Nicki Minaj:- Who Is Meek Mill Girlfriend? Is He Dating or Single?

The rapper started dating her in 2019 after he collaborated with her for the track Love Someone. Throughout their dating period, his former girlfriend was transparent about their relation. During an interview with Rap-Up, she disclosed,

"When I met him, I’m like, ‘Oh, you a real person. Like, you got a mama, you got bills, you running a whole business,.This shit not easy. I know firsthand ’cause I’m an artist. To kinda step around his world and his career and see how he handle it, I got nothing but respect for it."

However, the pair broke off in September that year, and Dreezy even confirmed the split through a tweet on 2nd September 2019. Prior to dating her, the artist was relationships with women named Norgyne Dorsainvil (2019) and Stanesha (2014).

To date, Jacquees has released two studio albums titled 4275 and King Of R&B. Moreover, his songs such as Ocean, B.E.D and You are some of his well-known hits. The latter one even peaked at the 58th position in Billboard countdown in 2019.

Furthermore, the first two songs have amassed more than 100 million videos on YouTube alone. He also collaborated with artists such as Dequincy Gates, Trey and Ty Dolla Sign for various tracks.

Facts About Jacquees Including Age, Height: