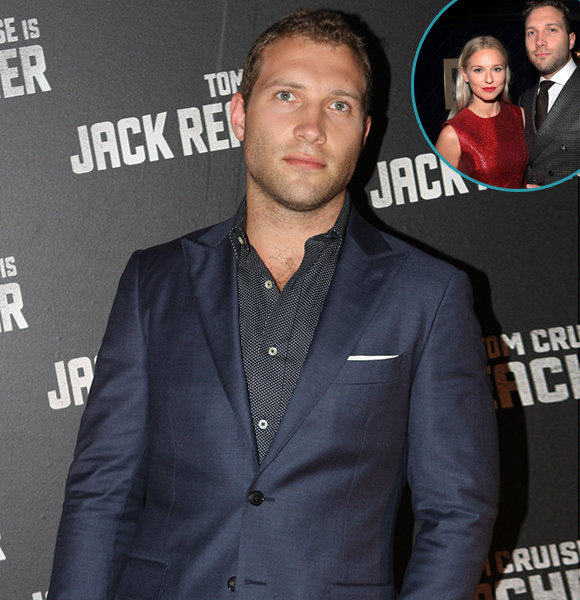 Everybody deserves their shot at romantic love and Jai Courtney, the Australian actor who is known for his prominent role as Captain Boomerang in Suicide Squad, is a firm believer of it. The supporter of gay marriages, Jai, believes in marriage equality.

While he stands for love, he is blessed with one in his life. Despite going through a heart-wrenching break-up, Jai finally found the "woman of his dreams."

Wondering who is the lucky lady of this hunky actor? Well, you are in for a treat.

Jai Courtney, who began his career through small roles in films and television series, was involved with Gemma Pranita, his ex-girlfriend, since the beginning of his career in the entertainment world.

The couple dates back to 2006 when they first met and began dating. The couple crossed path when they both were studying acting in Western Australia. Back then, Jai met his then-girlfriend Gemma during an audition at WAAPA.

The pair went strong with their relationship until Jai's career skyrocketed. They had been enjoying their long-distance relationship but as Jai rose to fame, it became difficult for Thailand born Gemma to handle Jai's new-found fame.

Soon the pair parted ways, which was officiated in 2013.

After the heartbreaking end of the relationship with Gemma, Jai, who stands at the height of 6' 1" (1.85 m), was rumored to be dating Game of Thrones star Emilia Clarke. Jai and Emilia met on the sets of Terminator Genisys and it has been reported that they dated from February 2015.

As neither Jai nor Emilia made any comments on their romance, it is not known if they actually were in a relationship. However, later in June Jai was asked about his relationship in a radio interview to which he replied he was single.

Adding to it, a few weeks earlier Emilia claimed that her globe-trotting career makes it impossible for her to date which hints the end of any romance with Jai.

Found "Woman Of His Dreams" - Soon To Be Wife?

Well, even after the heart-wrenching end of seven years of relationship and a romance that never even started, Jai did not lose hope on finding his one true love. Eventually, he found the woman of his dreams and has been going strong with their bond since the beginning.

You May Also Like: Openly Gay Thom Bierdz On Boyfriend & Getting Married - Happening Soon?

Jai, who has a net worth of $3 million, has been romantically involved with his Australia model girlfriend, Mecki Dent. It has been reported that the pair started dating back in 2016. Their Instagram posts date back to February of that year.

In August of the same year, the pair made their red carpet debut at the New York premiere of Suicide Squad. A few days later, they had a public display of affection as they showed off their undeniable chemistry at the film's London premiere as they shared a cute kiss. This gesture confirmed their budding romance.

The pair has been going strong with their romance since then. Back in March 2017, Jai admitted that he is madly in love with Mecki and hopes to spend rest of his life with her. He even divulged that he has found the woman of his dreams. The duo is still going strong with their love and as of recent, they appeared together at 7th AACTA International Awards held at Avalon Hollywood in Los Angeles.

However, the pair has not revealed any new of exchanging the nuptial knot yet. Well, Mecki sure seems like his possible wife and his admirers are looking forward to hearing the news of their wedding soon.