All about 'Aquaman' Director James Wan's Movies, Net Worth & Wife 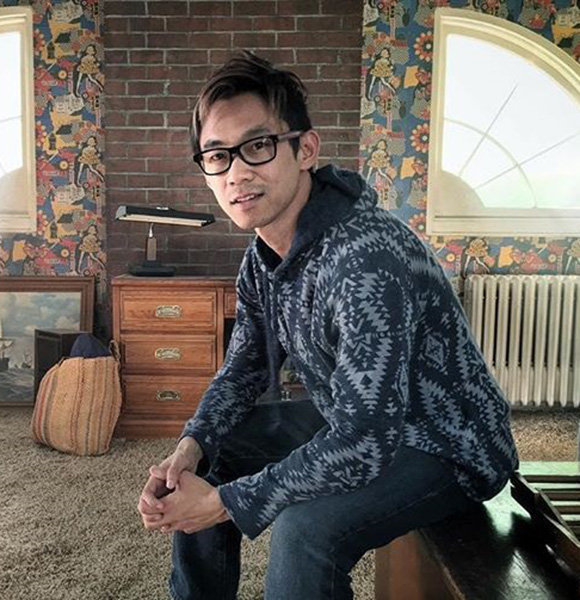 James Wan is one of the world's most renowned directors who has led many multi-million dollar productions.

Apart from the star's successful career and impressive net worth, the fandom is curious about his amazing married life with his wife.

Who Is James Wan's Wife?

James Wan is happily married to his wife, Ingrid Bisu, and the pair cannot help but flaunt their amazing love life through their socials.

To begin with, the couple supposedly began dating in 2016.

They first appeared together at the premiere of his movie, 'The Conjuring 2,' during the Los Angeles Film Festival, which was held in the TCL Chinese Theatre IMAX. James Wan with girlfriend Bisu at the Los Angeles Film in 2016 (Source: Alamy.com)

Later in September, James and his girlfriend, now wife, took a trip to Positano, Italy. He even shared an Instagram post showing his romantic moments with Bisu. James Wan with Wife Bisu on a Trip to Positano, Italy (Source: Instagram)

Taking a big step in their love life, the couple got married in 2019. The Australian director made sure to share his happiness with the world through his Instagram post on November 4, 2019.

In the 'gram post, the newly married pair flaunted their wedding rings and posed with smiles on their faces. Announcing their marriage, James captioned the picture,

"One ring (I mean two) to rule them all, No fuss. At home with our doggies as witnesses
Yaaayyyy!!"

Apparently, they had a private wedding at home with their fur babies as their witnesses. What a fun way to celebrate togetherness!

Judging by their social media presence, the two seem to be in a happy relationship. However, they are yet to be parents. For now, James and his wife are parents to their adorable pets.

Apart from a happy marriage and love life, the star also has an amazing and successful professional life.

'Aquaman' has been the latest addition to the DC Universe. Released on 7 December 2018 in the states, the movie has garnered critics' praise while also doing well at the box office.

However, less is credited to the man behind the camera who directed the film, James. Combining the land with the underwater and creating a treat for the eyes, James has used VFX techniques to portray the kingdom of Atlantis flawlessly.

While the director's name rarely comes out when talking about the grand stature of the movie, James's contribution was significant and can't be ignored.

From net worth to movie directing, the Hollywood director has written success everywhere!

A director, screenwriter, and producer, the Australian of Malaysian Chinese heritage is one of the few Hollywood directors to have directed several multi-million dollar projects.

Famously known for movies like 'Aquaman' and 'Furious 7,' James has excelled in the horror and thriller genre.

He has directed some successful horror movies, including the 'Saw' franchise, 'Dead Silence,' 'Death Sentence,' 'The Conjuring,' 'Insidious,' and 'Insidious: Chapter 2.'

Popular for creating characters that are ordinary people but forced into devastating situations, the director's movies are some of the highest grosser in Hollywood.

With such a praise-worthy career, James, who stands at the height of 5 ft 6 in (1.68 m), has accumulated a net worth of $70 million, according to Celebrity Net Worth.

James, aged 45, was born in Kuching, Malaysia, and moved to Australia with his family at the age of seven.

His father died when James was a teenager of 14 years. James's interest in movies can be traced back to his mother, a diehard fan of films, who even introduced him to entertainment.