By LRU Writer | On: September 25, 2019
Jamie Grace is an American singer known for songs like...is married to an American actor-model named...the couple is parents to a baby girl...age as of 2019...boasts a net worth of...bio reveals more facts... 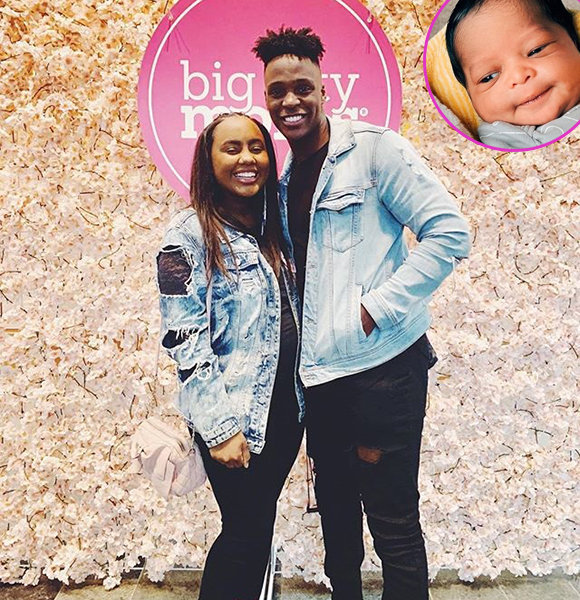 The first thing that comes to mind when Jamie Grace's name pops up has to be her song, "Hold Me." The contemporary Christian artist didn't just achieve full recognition from the single; it also brought her a Grammy Award nomination.

Despite getting diagnosed with Tourette syndrome at the age of 11, Jamie didn't let the illness barricade her roadway to success. Instead, she chose to sing her heart out amidst the adversity.

Jamie’s beautiful music and voice quickly gained the attention of Audio Adrenaline's Mark Stuart and singer David Mullen. In no time, she started performing on the Christian television show and the tour, iShine.

Also, TobyMac - the owner of Gotee Records - discovered Jamie and signed her to his label in 2010. Eventually, she won the Dove Award for New Artist of the Year in 2012.

Jamie was born to James and Mona Harper on 25th November 1991, which makes her 27 years old by age. During her childhood, she was involved in singing and acting at her school and church programs.

She also opened up a Youtube channel while still a teenager, which helped her kick start her career. Jamie's fast start via social media later landed her roles in Grace Unplugged, iShine KNECT, along with recording opportunities.

Grace is happily married to the love of her life.

The God Girl singer always had a problem with dating until she crossed path with Aaron Collins. She first met the American actor-model at one of her shows in 2016 and started chatting with him via her Instagram DM’s. Aaron was charming enough to attract the brown beauty as she revealed:

“Aaron is, by far, the most amazing man I have ever met.”

The couple dated for five months and married on 14th April 2018 with 1500 of their family, friends, and fans to celebrate with them.

The wedding took place at the North Metro Baptist Church in Lawrenceville, Georgia where they exchanged traditional vows on the bride’s will. It was a dream-like ceremony for the duo as they embraced every bit of it. The newlyweds had both remained virgin until the night of their wedding, and the wait turned out to be worth it.

Shortly after the marriage, Jamie announced her pregnancy via her YouTube channel along with her sister Morgan, who also happened to be pregnant at the same time.

The Beautiful Day hitmaker went on and gave birth to her first child named Isabella Brave on 7th June 2019. Her daughter weighed 7 pounds and was 20.5 inches at birth.

As of now, Jamie has handled motherhood with perfection, while her husband remains by her side.

How Much Is Jamie's Net Worth?

Besides releasing albums and YouTubing, Jamie also occasionally organizes concerts for her fans. Her net worth supposedly comes from the earnings of her hit numbers, tour tickets, and YouTube channel - which has over 87 million views and more than 266K subscribers.

You May Also Like: Jill Scott Husband, Boyfriend, Children, Family

Jamie leads a comfortable life with her family and is assumed a millionaire by now.