Is Jekalyn Carr Dating Someone? Know More Details That You Shouldn't Miss

By LRU Writer | On: July 21, 2021
Now a recognized name worldwide, Jekalyn Carr, a gospel singer, songwriter, writer, actor, and inspirational speaker took the lead in the mid-2010s. She began her career as a singer at the age of five and has ruled the Billboard charts since she was a teenager. However, it is a long shot for many to believe she is married or has a spouse. But a boyfriend? Well, to break the news, she is now... 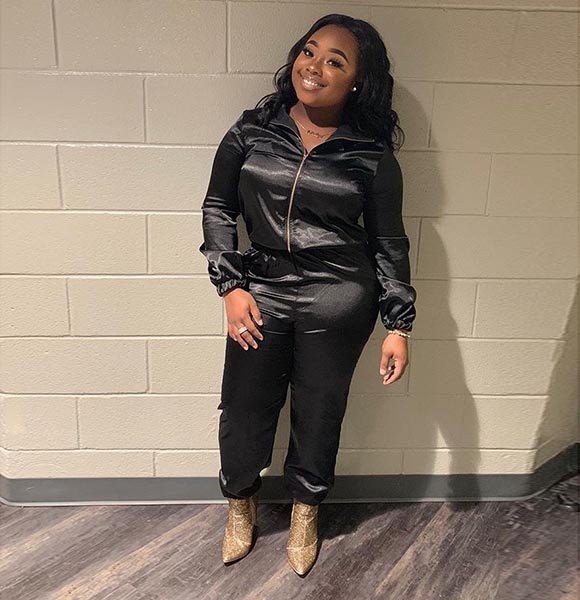 Now a recognized name worldwide, Jekalyn Carr, a gospel singer, songwriter, writer, actor, and inspirational speaker took the lead in the mid-2010s. She began her career as a singer at the age of five and has ruled the Billboard charts since she was a teenager.

With gospel songs like Greater Is Coming, You Will Win, and You're Bigger under her name; the singer has also excelled in conveying God's and humanity's message. But, although she continues to win the hearts of millions of fans, has anybody been able to capture her heart?

Let's go further into this big question to learn everything there is to know who has managed to steal her love!

Is Jekalyn Carr Dating? A Possible Boyfriend In The Picture?

With eight Billboard #1 singles under her credit before the age of 21, the singer has piqued public interest in her personal life. As a result, many people speculate if she is engaged or perhaps married.

However, it is a long shot for many to believe she is married or has a spouse. But a boyfriend? Well, to break the news, she is now not single and has a lover with whom she appears to be head over heels in love!

On Oct 20, 2020, Carr and Jawaan Taylor, Jacksonville Jaguars' player, confirmed the news about their relationship on Instagram, where they shared a cute picture of themselves.

Before we get into the specifics, let's take a look at how the two met initially. The player was browsing his girlfriend's Instagram account when he became smitten with her voice. He even took it home and showed it to his mother! Later, he had the guts to strike Carr with a DM.

The rest, as we all know, is destiny. The two met, their energies and interests aligned, and now look at where they are. Each other is enveloped by love and respect. The gospel singer and her footballer beau seem to be having a wonderful time. She is, however, not just dating, but she has also hinted that she and her partner may be preparing to marry.

You're probably wondering how and when she first teased at marrying him. Well. With a #Dating2Marry in her post, the young award-winning singer dropped a clue while wishing her lover a happy birthday. Jekalyn Carr wishing her boyfriend a happy birthday and teasing us all about the possible marriage. (Photo Credits: Jekalyn Carr's Instagram)

The West Memphis, the Arkansas native, was born as one of the three children of her parents, Jennifer and Allen Carr. She has two siblings: a brother and a sister, namely Allen Jr. and Allundria.

As if her career as a singer had been written in the stars, her family's support, notably her father's, had a massive effect on her life. He also serves as the gospel singer's manager, which has aided her further in her career. Carr, who is over five feet tall, has performed several hit gospel songs throughout the years, including You're Bigger, I Am A Winner, It's Yours, You Will Win, Stay With Me, and others.

Additionally, she also wrote a book called You Will Win: Inspirational Strategies to Help You Overcome, which you can get on Amazon. The book garnered rave reviews from readers.

Finally, the 24-year-old Grammy nominee has accumulated a sizable fortune due to her singing career; nevertheless, her net worth has yet to be revealed, although it is thought to be $5 million.