By LRU Writer | On: February 05, 2020
Jess Glynn is a British singer and songwriter who is a Grammy Award Winner...at the age of...parents are...the singer's height extends to 5 feet 5 inches (1.65 meters)...opened up about her sexuality...was rumored to be dating the fellow singer...if she was a lesbian...the singer also has a website in which...was there to perform a support act on their tour... 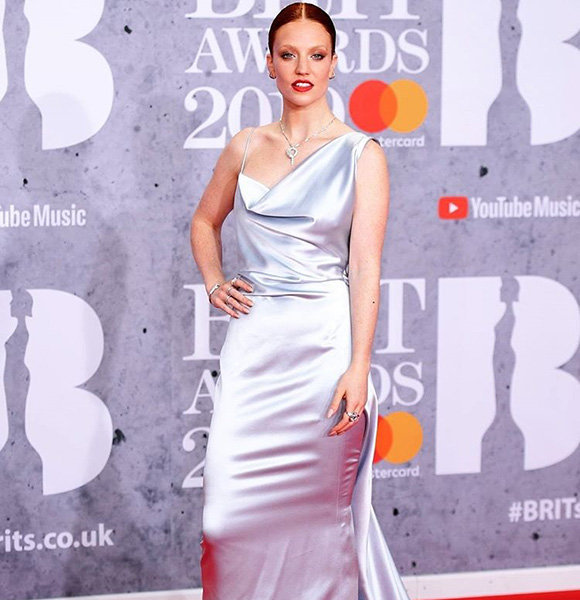 British singer and songwriter, Jess Glynn is a Grammy Award winner who won the award for her song, Rather Be, in 2015.

The song was a collaboration with the British band Clean Bandit; it was an international hit that ranked number one in the U.K., Germany, Ireland, and Scotland.

Further, the song was also nominated for the British Music Awards and the BRIT Awards.

In May 2015, the singer talked about her sexual orientation for the first time in public; she shared that she had been in relationships with both men and women before.

Besides, she even revealed that the first girl she ever loved was the one to break her heart and left her in a dark place.

Further, in August 2015, Jess said that she did not want to put any sort of label on her sexuality. She does not want to be called straight, lesbian, or bisexual.

The singer was rumored to be dating Mel B around June 2019. Jess Glynn with her alleged girlfriend, Mel B (Photo: metro.co.uk)

During Spice Girls' reunion tour in June 2019, Jess and Mel were speculated to have more than just a friendly relation. They were rumored to spend a lot of time together as Jess was there to perform a support act on their tour.

But Mel B was quick to respond to this; she denied the dating rumors and stated that they were just friends.

British Singer Rather Be Clean Bandit Mel B