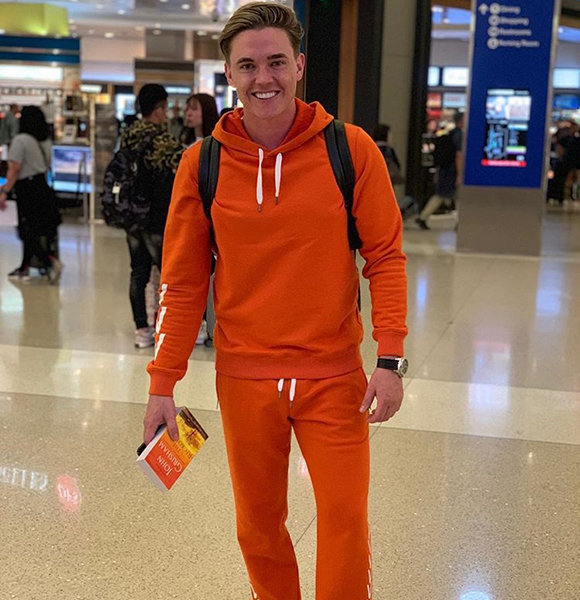 American actor singer-songwriter Jesse Abraham Arthur McCartney stole the heart of many in the early 2000s.

Jesse was part of the 1999 American pop boy band called the Dream Street. Together for almost four years, the group became a stepping stone for his singing career. The band was quite famous and even earned a golden record during their time.

Soon after leaving the band in 2002 at the young age of 15, Jesse started concentrating on his solo career. Within a year, he released his very first EP featuring three of his most hit songs: Beautiful Soul, Don’t You, and Why Don’t You Kiss Her.

The musician eventually became a household name and even went on to make special appearances on Disney hits like Hannah Montana and The Suite Life of Zack & Cody. He also did voiceovers for movies like Tinker Bell, Alvin and The Chipmunks gathering further attention to himself.

While the 32-year-old is yet to be married, the gay rumors surrounding him come as hilarious. Jesse was once the dream of every straight teenage girl in the entire states.

Winning The Heart Of Many:- Graham Phillips Spotted With Ariana Grande, Dating Again?

He was so popular with the ladies that he went on to date many gorgeous beauties including Taylor Cole, Katie Cassidy, Brenda Song, and Danielle Panabaker. His list of girlfriends even consisted of actress Eden Sasson, who was 14 years older than him.

However, his days of dating beautiful ladies have already ended but not because he is gay.

The former lover boy has been commited to a single lady for more than seven years now. He met his longtime girlfriend Katie Peterson in 2012, and the two started dating each other since March the same year. Jesse and Katie are one of the most adorable pair in the 21st century. The couple are going strong together marking their fifth dating anniversary in 2017, and are moving closer to the 10-year mark, celebrating every valentine, birthday and special moments in between.

As of 2019, the happy pair took the next step into their life. Seven years into their relationship, Jesse and Katie got engaged to each other. Through two Instagram post on their individual handle, the fiance and fiancee shared their happy moment with fans and followers everywhere.

The singer and songwriter apparently popped the question on 13 September 2019.

Surrounded by a group of friends in a restaurant, Jesse went down on one knee to profess his love and commitment towards his girlfriend. As the entire crowd went silent during the proposal, Katie's answer filled the restaurant with loud applause and cheers of congratulation. As the night went on the couple celebrated with drinks to begin their new relationship. The gushing beauty has also not been shy and has since showcased the beautiful ring that her boyfriend presented her during the proposal.

While they have taken the next step into their relationship, any details regarding a possible marriage or wedding are still unknown. The time to become husband and wife may also come soon enough.

Born on 9 April 1987, the singer is the son of father Scott McCartney and mother, Ginger McCartney. He was raised alongside his younger brother Timothy McCartney in Westchester, New York.

Introduced to acting at a very early age, Jesse entered the entertainment profession at just the age of seven. By the time he reached 10, he recieved his first chance to play the lead role on the broadway, The King and I,  in a local community theatre production.

Later, he recieved much bigger offers, securing an early rise as a stage actor. Gaining popularity while working on the soap One Life to Live, the actor plastered his career with the title of a teen idol with roles on Summerland and Greek later on.

With numerous awards to his name, Jesse had secured quite the spotlight in the entertainment industry.