By LRU Writer | On: January 21, 2021
American actor Jessie Usher is famous for his roles in Independence Day: Resurgence as Dylan Hiller and in Survivor Remorse as Cam Calloway...has played more characters in other movies & TV shows...accumulated a substantial net worth, which will be discussed below alongside his bio... 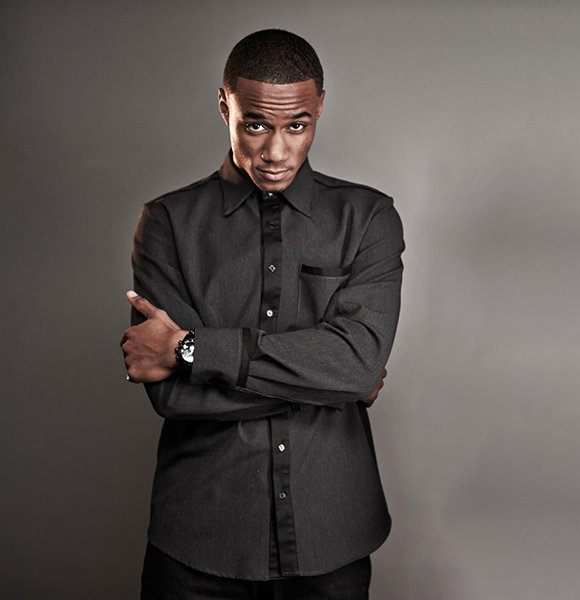 American actor Jessie Usher is famous for his roles in Independence Day: Resurgence as Dylan Hiller and in Survivor Remorse as Cam Calloway. He has played various characters in several movies & TV shows; however, the two are by far the most praise-worthy performance of the actor.

With such a smooth-running career, Jessie has also accumulated a substantial net worth, which will be discussed alongside his bio.

Jessie rarely speaks about his dating life, but when he does so, his fans are met with disappointment. His non-existent romantic affairs have also led to suspicions on the actor being secretly gay.

A tweet shared by Jessie back in October 2009 is also seen as a reason for the uprising of gay rumors. He had written on his Twitter,

Many of his fans speculated that one of the gay guys in his statement was Jessie himself and it was his desperate attempt to come out of the closet.

Then, in February 2010, Jessie finally revealed details on his affairs. He mentioned that he was not dating any girlfriend at the moment.

Similarly, Jessie gave more details on his romances in 2015. During an interview, he exclaimed his hectic schedule as the cause of his single life. He even stated that he was too busy to maintain a relationship.

The actor's absent dating status has raised doubts among fans, but Jessie is yet to make an official statement on his sexuality. His admirers want to see the Maryland native address his internal conflicts and secrets - if any persists.

Jessie is a leap-year kid, who was born on 29 February 1992. He was raised in a Maryland household by parents, mother Judith and dad Jessie T. Usher.

Jessie grew up alongside two siblings; one of them is a sister named Jesstia Usher. He started early with his career appearing in an Oscar Meyer advertisement at the age of five.

Shifting to Los Angeles in 2003, Jessie struggled for years and played minor parts in Criminal Minds, Hannah Montana, The Mentalist, and more. He did many insignificant roles before finally making his breakthrough with the 2014 TV series, Survivor Remorse.

In the show, which ended in 2017, Erica Ash played his gay sister Mary Charles while Tichina Arnold played his onscreen mother, Cassie. Jessie garnered more fame appearing in Independence Day: Resurgence alongside the likes of Jeff Goldblum and Liam Hemsworth. He played the role of Dylan Hiller; Captain Steven "Steve" Hiller (Will Smith) from the original Independence Day was his dad in the film.

Now, from his career as an actor, the 27-year-old has successfully amassed a net worth of $4 million. Talking about his measurements, he stands at a tall height of 6 feet and 1 inch (1.85m).