By LRU Writer | On: September 24, 2018
Jocko Sims has many personalities; he is an actor, a producer, and even a director...The Last Ship actor has tried many attempts to find a suitable wife or a girlfriend...So, has his fate finally turned and did Jocko find someone to get married to?... Family, Age, Net Worth, Dating and more personal details of Jocko... 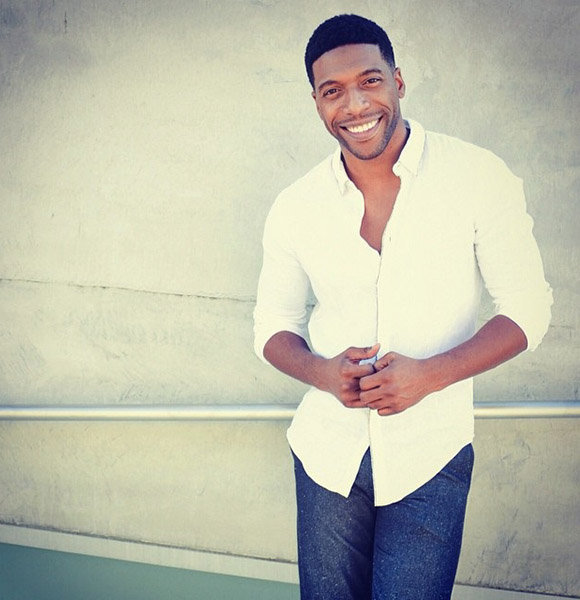 Jocko Sims is a man of many talents for he is an actor, a producer, and a director. The multi-talented guy excels at many things, however, what seems to be lacking is his dating skills!

The Last Ship actor, who is currently working on the show's fifth season, has seemingly no girlfriend figure let alone finding a suitable wife. However, he didn't have much luck in establishing a long-term relationship.

So, has his fate finally turned and did Jocko find someone to get married to?

Talks Of Wife, Married Hopes A Lost Cause?

Jocko is very private when it comes to making talks of his dating life. He has never directly talked about having a girlfriend or a wife but often discussed the possibility of his married life with his fans.

See Also:- For A Week Robin Leach Swapped His Longtime Wife But Is Rumored As Gay Despite Having Children

Further, he is also known to pose questions about his personal life via his social media. Back in September 2011, he enquired a curious issue with the followers asking if an ugly wife was better at making a married life happier than a beautiful one.

The answer has not yet been found even by modern science, and it seems like Jocko was still searching for it after nearly two years of his tweet. On 6 August 2013, he came up with another post on Twitter and this time sounded more desperate than the first time.

He mentioned via a tweet that he was in dire need of a wife and said that he needed her to build his "Empire." Further, he also urged his female fans to submit their applications in case they wanted to be his wife.

"I need a #wife. Hard to build an #empire without one. Now accepting applications! #wifey"

Jocko, who ages 37, may be single without a girlfriend and an active dating life but he may not be lonely that few may be expecting as he's got a wonderful manager who's been taking care of him from the last 15 years.

On 21 July 2018, before he departed for New York from Santa Monica due to some work commitments; he shared the last picture along with his manager, Michelle Benedetti and thanked her for there for him for the last one and half decade.

He also expressed his gratitude towards her for taking his career to new heights. The Houston, Texas native express the words of love for his manager quoting "I love you dearly", which might hold the possibility of a close relationship like that of a wife. However, it might also just be the actor's good gesture towards his manager.

Jocko's married life may be yet to begin, but he still has a family that loves him and cherishes his presence.

Born in San Antonio, Texas as the son of Jackie and Karem Sims; Jocko was raised by his parents along with his younger sister. Further, the New Amsterdam actor is very close to his family and often loves to feature them on his social media.

Jocko also has a goddaughter but hasn't mentioned much about her except on one occasion. Similarly, he shares a loving bond with his father who resembled Jocko in his young days. On the other hand, Jocko has also accumulated a substantial net worth from his acting career. Jocko, who stands at the height of 5' 10½" (1.79 m), also earns a minimum salary of  $49,915 per year. Although his exact net worth has not been disclosed, he's assumed to be making enough to sustain a living.