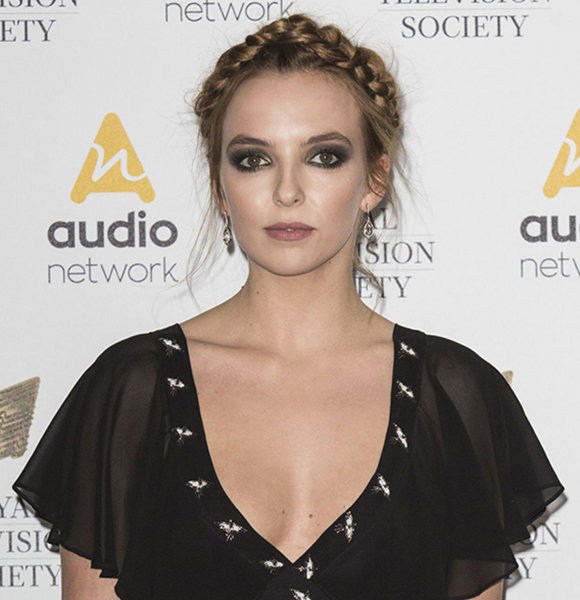 Jodie Comer first rose to fame after her portrayal of Chloe Gemell in the British TV series My Mad Fat Diary. She appeared on 16 episodes of the show from 2013 to 2015.

Apart from this, she has also worked in cinematic productions such as Star Wars: Episode IX - The Rise of Skywalker (2019), Doctor Foster: A Woman Scorned (2015 to 2017), and the ongoing TV drama series, Killing Eve from 2018 onwards.

Jodie is in a relationship as of March 2020. During an interview with the British Vogue on the 2nd of March 2020, she revealed that she was in love, and was in a romantic tie. She didn't, however, disclose the name of her boyfriend during the interview.

Before her current mystery boyfriend, she was in another relationship. In around 2018, she was dating a guy from Liverpool.

Jodie was born on the 11th of March 1993 in Liverpool, Merseyside, England, the United Kingdom. She was raised by her parents Jimmy and Donna. Jimmy works for Everton Football Club. She grew up alongside her brother, Charlie Comer. Charlie is two years younger than her, and he works as an analyst for Huddersfield FC.

Jodie has gathered 28 credits as an actress. Her debut role was that of Leanne in the TV show The Royal Today, in 2008.

She has been portraying a psychopath named Villanelle in the ongoing TV show Killing Eve since the show's beginning in 2018. Jodie stars alongside Sandra Oh in the series, which is created by Phoebe Waller-Bridge.