Sandra Oh Married & Separated | Who Is She Dating Now? Find It Out

By LRU Writer | On: November 30, 2018
Sandra Oh is a Canadian actress best known for her role as Cristina Yang in...Following a failed married life with former husband..., Oh is currently dating her musician boyfriend...First Asian woman to receive an Emmy nomination in the best actress category, Sandra... 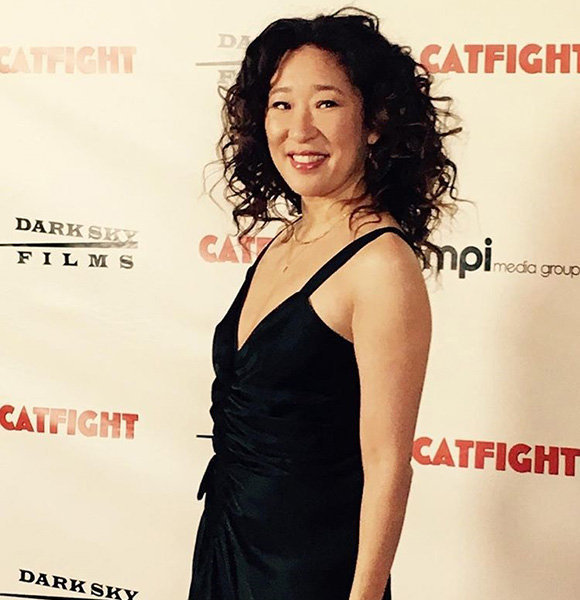 Canadian actress, Sandra Oh knows all about life's ups and downs for the actress' personal life has nothing but a roller coaster ride with many ups and downs. Separated with a man who she once believed was the love of her life, the actress seemingly has sprouted a new love interest.

All is not lost for Sandra post her divorce with her director husband. The Canadian actress is believed to be in a relationship with her musician boyfriend for quite a long time now. However, the Grey’s Anatomy star, for some reason has not felt the necessity to publicize her relationship.

Despite the ups and downs, she has suffered in her personal life, Sandra has had quite a settled professional career as an actress.

One of the most widely recognized actress in the present day due to her unforgettable roles in several movies and TV shows, Sandra has accomplished one career milestone after another, accumulating a hefty net worth in the process.

Sandra believed she found the love of her life on 1 January 2003 when she got married to her director husband Alexander Payne.

However, it seems destiny had other ideas, as the duo who worked together in the Oscar-winning movie Sideways in 2004, decided to head separate paths in life following their divorce on 21 December 2006.

You May Also Like: Jessy Hodges Is Dating! Live-In Relationship With Actor Boyfriend A spokesman of the couple confirmed the divorced news to People with a statement, mentioning the pair had “mutually decided to separate.”

“They have been together for five years and were married in (January) 2003. The couple will remain friends.”

Post her long and heart-wrenching divorce with her former husband Payne, Sandra found comfort in the arms of musician Andrew Featherston.

With the couple being seen strolling around on several occasions in 2007, Sandra is believed to have been in a relationship with her boyfriend Andrew ever-since, though no sorts of official confirmation have been made by the actress nor her percussionist boyfriend till date. Related: Is The Musician Andrew Featherston A Married Man Or Is He Still In a Dating Spree?

With a preference to maintain a low-key personal life, Sandra’s desire to maintain a secretive relation with Andrew can be understood post her much-publicized divorce with former husband Payne.

However, fans of the Rabbit Holes actress have been left astonished with the actress’ choice to maintain secrecy about her boyfriend, despite being rumored to be dating each other for more than ten years now.

Born in Ottawa suburb of Nepean, to Korean immigrant parents Oh Junsu and Oh Young-Nam, Sandra, age 47,  developed a love for acting since her early days, much to the disliking of her businessman father and biochemist mother.

She followed her passion and began her journey with a short film titled The Journey Home in 1989. The actress has never looked back since then.

Following her early struggles, Oh rose to prominence following her lead role in Canadian film Double Happiness in 1994, The actress since then followed the success with one memorable character portrayal after another in various movies and TV shows.

Open to any roles in the screen, be it that of a lesbian, or a psychopath, Oh’s career success is mostly contributed to her hard work and determination.

Sandra’s most recognizable roles include her portrayal of Dr. Cristina Yang in ABC’s medical drama Grey’s Anatomy in 2005, and her role of Eve Polastri in British made television series Killing Eve, for which she made history becoming the first Asian actor ever to receive an Emmy nomination in the best actress category in 2018.

A successful career of almost three decades has earned Sandra numerous awards and recognition. This glorious fame has thus earned Sandra a massive net worth amounting to $25 million.