Is Joe Giudice Still Together With Wife Teresa Giudice?

By LRU Writer | On: January 21, 2020
Joe Giudice is an entrepreneur and a reality TV star...was married to longtime partner Teresa Giudice...has four children with his ex-wife...accused him of cheating...his age is...both him and Teresa were involved in a legal scandal and served jail time...when they were arrested...Joe was deported to Italy in October 2019...he now lives in Italy... 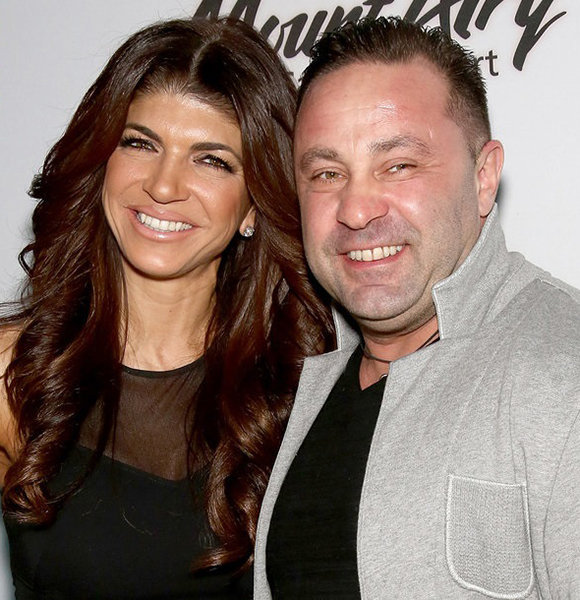 Joe Giudice is an entrepreneur who was the owner of a construction company in the past. He also owned a laundromat business and a pizza restaurant.

Other than his professional career, he is famous for being the ex-husband of reality TV star Teresa Giudice.

He has appeared alongside his estranged partner in various TV shows, most famously in The Real Housewives of New Jersey from 2009 to 2016. Now, Joe lives away from Teresa and his kids in Italy. However, he sees his daughters often as they travel to Italy for special occasions.

Separation from Teresa: Are They Divorced?

After 20 years of marriage, in 2019, Joe and Teresa announced that they were going to lead separate lives. The ex-couple announced their separation on the 17th of December 2019.

However, Teresa decided against the decision to get an immediate divorce. According to E! News, Teresa is in no rush to file a divorce.

Another RHONJ Star:- What Is Margaret Josephs Net Worth? Her Bio Adds Kids & Loving Husband

The news site also said that Teresa is now focused on being the best mother that she can to their daughters as Joe lives in Italy, and she is the sole provider for his daughters.

In addition to this, he also pledged to remain friends with Teresa, and raise their kids by joining efforts alongside his ex-wife.

Joe served a 41-month sentence in prison in 2016. He was sent to jail for mail, wire and bankruptcy fraud. Before Joe, Teresa, too, served a little over 11 months in prison for the same charges and was released on the 23rd of December 2015.

Another Entrepreneur:- Reed Hastings Net Worth, Salary, House | How Rich Is Netflix's CEO?

When Joe was serving his sentence, in October 2018, an immigration court ruled to have Joe deported from the United States to Italy, his native country.

Then, in October 2019, he was released from an ICE detention facility, where he was living since mid-2019 post his release from prison and sent to Italy. He has been living in Italy ever since his deportation.