By LRU Writer | On: August 12, 2019
John Stockton is a legend of a man with ten NBA All-Star trophy to his name and the title of greatest...enjoys an active parenthood career just like his... footstep of their father, all the six children found success in the...was listed as the most excellent servant of the...even surprised the coach whether he would be able to play or not, but...was facilitated with a base salary of... 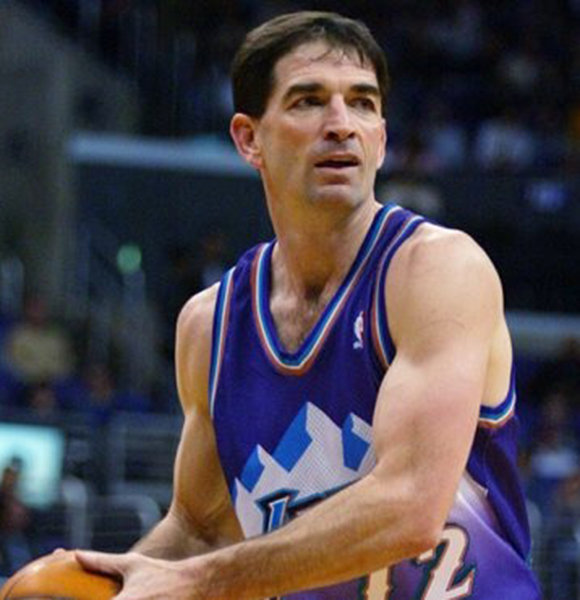 The Utah Jazz Hall of Famer, John Stockton is a legend with ten NBA All-Star trophy to his name and the title of one greatest point guards of all-time.

Playing for the Utah Jazz, John was the best in the team at his position for decades. Throughout his 19 seasons for the team, John played 1504 games and scored in 1300 of those with an average of 13.1 points per game.

He married his wife Nada Stepovich in 1986, and since then, they have proved to be an inseparable couple. Even after 33 years of marriage, the two are together and share six children; four sons named Houston, Michael,  David, & Samuel, and two daughters called Lindsay and Laura. Following the footstep of their father, all the six children found success in the sports. Laura and David played for Gonzaga; whereas, Lindsay played for Montana State. Son Michael also appeared in the court for Westminster College playing the G League.

As of now, John’s children are carrying his legacy forward in the sport.

Born on 26 March 1962 in Spokane, Washington, John Stockton exercised an enjoyable experience in the NBA. Even though he did not have any NBA Championship to display, the record-breaking point guard was listed as one of the most excellent players.

Playing college basketball for his hometown school of Gonzaga, John averaged over 20 points per game during his service at the college. He was drafted in 1984 in 16th position by the Utah Jazz, and the rest is history.

His towering height of 6 feet 1 inch (1.85m) and lean body helped him handle the ball very well and time his jumping to perfection while scoring three-pointers. Now, the 57-year-old is a participant in the From Hometown Heroes to the World Stage and coaches youth basketball teams.

Legend of the game, John Stockton was a constant threat for the opposition in the point guard position.

His lean and thin appearance even surprised the coach whether he would be able to play or not. But, he lived up to the expectation and proved his mettle in the NBA. During his career, John never missed a playoff, which shows his value as a player.

During his last playing season 2002-03 in the NBA, The Jazz veteran was facilitated with a base salary of $11,212,485. As of now, considering all his assets and career earning, the NBA legend boasts a net worth of $40 million.