By LRU Writer | On: October 25, 2018
Jon Taffer is an American entrepreneur and television personality hosting the famous reality series...he has been married to his wife of...years and has a daughter named... Jon with his successful professional endeavors has managed to accumulate a net worth of.. 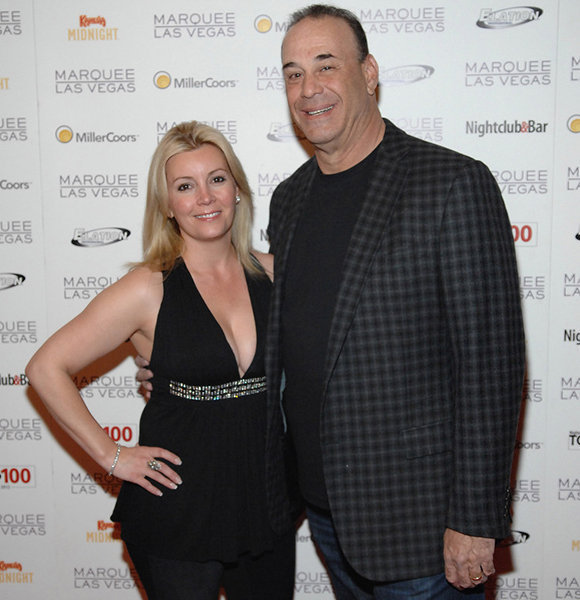 With his glorious intellect and far-sighted analytics, American entrepreneur Jon Taffer has gone on to transform infinite businesses through his invaluable counsellings!

Also the TV personality, Jon has transformed numerous struggling bars and restaurants to successful businesses throughout his career and soon became a household name.

Nevertheless, the host of the famous reality TV series Bar Rescue has always stayed true to his roots and stayed loyal to the love of his life. Involved in a long-term marriage, the star host alongside his wife have been able to restore faith in love once again.

Apart from a successful businessman and a loving husband, Jon is also a proud father fulfilling every father’s dream to walk down his daughter down the aisle.

Jon, with his whopping net worth, has been able to fulfill every single one of his family’s desire and has been an exemplary family guy!

Despite such fame and fortune, Jon has always been loyal to what he calls the love of his life, in the form of his wife Nicole Taffer. Married to each other since April 2000, Jon and his wife have stayed true to their wedding vows.

You May Also Like: Bob Barker Health Issues Arise: Hospitalized At Age 94 As Backache Sears

However, the Bar Rescue host has had a marriage stint before he met his current wife. Divorced from his first wife in 1998, not much has been revealed about Taffer’s first wife.

The Hungry Investors star does, however, has a daughter from his first marriage namely Samantha.

Jon, along with his wife Nicole, has appeared together on several episodes of his Paramount Network hit show. With Jon, an expert consultant, and his wife coming in as a mystery shopper, the duo has produced several ‘aww’ moments on TV as well. Jon, with his extrovert personality, has never been shy to display his love and affection towards his wife on social media either.

You Can Also Click: Mia Mastroianni's Close-Knit Family Savours One Of Them Getting Married - 'Delicious' Bio

Remembering the first time they met several years ago, Jon posted a heart-melting message to his wife on social media on 14 February 2017,

“21 years ago I met my special Valentine @NicoleTaffer. Happy Valentine’s Day to the one I love today and always….”

Nicole has also reciprocated her love for her loving husband. On the occasion of their 16th anniversary, the star wife took to Instagram to dedicate a romantic message to her husband on 5 April 2016,

“What a ride it's been but here we are on top of the world. Happy Anniversary my love, my life & my bestie.”

With a love that never seems to grow old and a picturesque appearance, it wouldn't be wrong to consider Jon and Nicole as TV’s power couple!

Proud Father To His Daughter

Besides being a perfect husband to his wife, Jon fulfills another role to perfection as he stands as a proud and loving father to his daughter Samantha.

Fulfilling every father’s dream of walking his daughter down the aisle in her wedding, Jon recently expressed his happiness about his daughter’s wedding on Twitter on 15 September 2015.

“My last picture with Sam as a Taffer just moments before I walk her down the aisle! #wedding #proudfather.” Jon Taffer alongside his daughter on her wedding day. (Photo: Jon Taffer's Twitter)

Jon’s wife, Samantha also took to Instagram to congratulate her stepdaughter o her wedding day showing the three of them stick as one happy-go-lucky family.

“Today my beautiful Step-Daughter is marrying her Prince Charmingâœ¨! May they have a lifetime of laughter, love & amazing memories.”

With his personal life settled and prosperous, Jon has, thus, been able to fully focus his attention on his professional career. Thus, at age 63, Jon has been able to accumulate a massive net worth amounting to $10 million.

Constantly motivated and fit as ever, Jon continues to do justice to his responsibilities in both his personal and professional life!