Jonathan Sadowski's Wife-to-be. When Are They Getting Married? 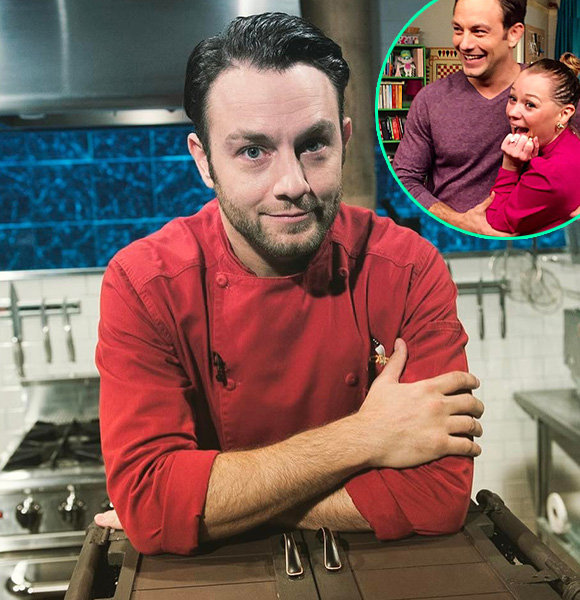 His widely popular series, Young & Hungry, proved to be a lot more than just work. He proposed to his long-time girlfriend on the set of Young & Hungry and got his wife-to-be from the set.

Let’s find out about his fiance.

Born to a decent polish father and Italian mother, Jonathan was inspired by a production of The Phantom of the Opera while in high school, which led to his pursuing an acting career later.

American actor Jonathan Sadowski is known for justifying the role he is assigned to do. However, in his on-screen portrayal of a gay dresser in the series, She's the man, Jonathan not only showcased his acting talents to many fans but also attracted questions regarding his sexuality.

But, Jonathan is not gay in real life. Instead, he is going to get married to his fiance.

Jonathan has been engaged with his stylist girlfriend, Melissa Lynn, since 2015. Jonathan’s wife, Melissa, is a celebrity stylist who has worked with Katy Perry, Adeline Rudolph, and other well-known figures.

Jonathan and Mellissa began dating in 2010 and have been flaunting their romantic relationship on social networking sites till now.

After half a decade of their dating life, the Chopped: Star Power actor moved their relationship a step closer to making her girlfriend his wife-to-be. The 42-year-old actor proposed to his girlfriend, Melissa, on the set of  Young & Hungry on 5 June 2015. “SHE SAID YES. IN MY APARTMENT! Congratulations Jonathan and Melissa!”

Jonathan's wife also expressed him for making her smile through their journey. She took to Instagram on 2 October 2017, which was also their seventh anniversary, with the pictures writing:

"Thanks for making me smile, feel pretty and wholly loved for 7 yrs and counting. #anniversary #lucky7 #lovers and #friends#whysoserious
#travelbuddies #explore #experience#capri #adventure " Also, the couple has flaunted their love relationship on Instagram with adorable pictures where the couple is spotted getting cozy. Melissa shared multiple images of sharing romantic gestures on 2018's Valentine's Day on Instagram. After sharing a good moment, the couple seemed to have shared the good intimacy.

On November 24, 2017, Jonathan shared a glimpse of his wife with their pit bull, hinting that the couple is living together. Later, the stylist Melissa took to Instagram on 14 July 2018 to share a glimpse of her fiance having a good sleep with their pit bull which proved that they were doing a living relationship. She also hashtagged her partner as

Even though both of them actively shared pictures together, Jonathan was still rumored to be engaged with Aimee Carrero because of their on-screen chemistry. However, Aimee Carrero is married to Tim Rock. Aimee and Jonathan are not more than good friends.

Jonathan and Melissa have shared more than a decade of relationship, but they have not shared anything regarding the preparation of their wedding. Perhaps this is why Jonathan's engagement to another lady came to light.

However, they have attended many wedding ceremonies of their friends. Seeing them together at other’s weddings, their fans are eagerly waiting for the day of their nuptials.

But, if we look at their social media, both appear to be focused on advancing their careers before actually settling down.

We hope they will get married soon. We will surely update you more on Jonathan Sadowski. Till then, stay tuned.