By LRU Writer | On: September 09, 2019
Jordan Connor will be walking down the aisle with his fiancee... few moments after their engagement on... they have their wedding plans and date ready...his verified net worth hasn't made it to the database 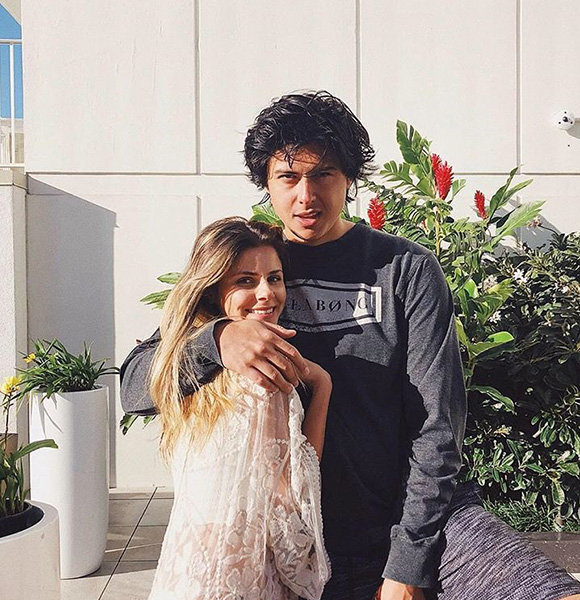 Actor Jordan Connor became the heartthrob of girls everywhere ever since his breakout performance in CW's hit series, Riverdale. Based on the hit comics Archie, his rendition of the character Sweet Pea became iconic since its debut in 2017.

While his career took off with the series, it turned out to be that the actor had hidden his other half for quite a long time. Despite the success, he has remained loyal to his partner and could be soon on the way to getting married.

Jordan - age 28 - didn't find the love of his life after he touched the spotlight through his acting career. It turns out he was dating his special someone for quite a long time. In 2013, he started seeing Jinjara Mitchell, an aspiring Instagrammer.

The same year, he started in the showbiz giving short appearances in series like The Tomorrow People. His partner wasn't much of a more prominent name in Instagram as well. After dating for over five years, the actor finally decided that the time had come to step up the relationship.

So, on 22nd September 2018, the Riverdale star proposed his longtime girlfriend to marriage. The performer got down on his knee just as the sun was setting and offered his love a diamond ring by Cavalier Gastown. The sparkler contained a round, center stone, as well as a diamond band.

This proposal took place at the beautiful Pacific Sands Beach Resort in Tofino, British Columbia. Moreover, his brother Brad Yuen and sister Nicole Yuen were present during the auspicious moment. For now, the couple's fans are wondering if the engaged couple has planned a date and venue for their wedding. Although Jordan is excited to make Jinjara his wife, he is yet to speak on the upcoming nuptials.

The actor of height 6 feet and 3 inches (1.91 m) makes an average annual salary of $49,924. Although his verified net worth is not public, Jordan has supposedly made a fortune worth a few millions.

As of 2019, Jordan is set to star in the highly awaited TV Series, Looking For Alaska, where he will portray the character of Kevin. Also, his TV show Riverdale was renewed for a new season, so he probably received an impressive paycheck from the project.