By LRU Writer | On: November 03, 2019
Jorge Masvidal made her his wife and made the news... has paved a way for his bigger success, his next find against... net worth seems to be on the way of reaching all-time high all...he set a record in the history of UFC for the fastest knockout by 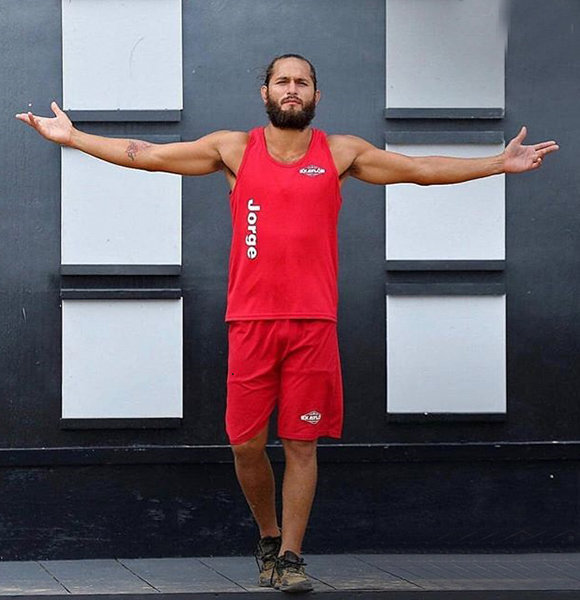 On 2nd September 2019, Jorge Masvidal dominated his reign in the UFC battleground by his win over Nate Diaz with aggressive moves. Not only did he knocked down his well-established opponent, but his head kick resulted in a deep cut in Nate's right eye.

Although the fighter isn't a household name in the business yet, he seems to pave a very brilliant way for himself in the world of UFC. While it's only a matter of time that he might come up with bigger wins in later fights, let's take a look at his life outside the ring.

The relationship status of Jorge is somehow complicated until today. Here's why: he is already a father to three kids but has kept off from revealing the name of their mother. Although he hasn't disclosed their name, he has two daughters (eldest one is 16 years old whereas the younger is 10) and a four-year-old son.

His girlfriend is the mother of all of his children. Although he has been in a relationship with her for more than 17 years, the couple is yet to get married.

Moreover, he hasn't let slip any details on his girlfriend's name, let alone her whereabouts hopefully, though, he'll someday make her his wife and make the news official.

Interestingly though, some clues suggest that he is the sole provider to his kids, and his partner is dependent very much economically on him. For instance, in 2017 during an interview with miaminewtimes.com, he was asked about his biggest fear to which he replied,

"Only to lose and not be able to feed my kids."

So, the chances are very likely that he is still together with his partner. However, there were also rumors that he dated YouTuber Iman Kawa, and the two even collaborated in one of her videos. But, none of them ever confirmed the rumors or denied it.

Like for many established icons, Jorge's journey towards success was filled with ups and downs and struggles. He was born to father Jorge 'Kalifa' Masvidal, originally from Cuba, who fled from his home country to the US at a young age.

But growing up, all the responsibilities to look after him came down upon his mother as his dad was arrested for manslaughter and drug trafficking.

Poverty became prevalent in the 34-year-old MMA fighter's life, and he continued visiting his father in jail despite the hardships. Although he started to fail in his academics, his passion for wrestling and streetfighting kept him going in life, and in 2003, made his debut at UFC.

Jorge Masvidal and father Jorge 'Kalifa' Masvidal as seen together in 2019 (Photo: youtube.com)

Moreover, in July 2019, he set a record in the history of UFC for the fastest knockout by knocking out Ben Askren in five seconds during a match.

As of today, his father is out of jail and is more than proud to see him doing well in life. His dad was even featured during one of the emotional segment in MMA's video.

Talking about his physical attributes, his height is 5 feet and 11 inches (1.8 meters). Likewise, he possesses a weight of 77 kilograms.

Jorge's net worth seems to be on the way of reaching an all-time high, all thanks to his win over Nate Diaz in 2019. Although his exact net worth remains disclosed, he has managed to accumulate a considerable amount of salary from his victories in MMA.

Previously, he earned $100,000 after his fight with Ben Askren along with a performance bonus of $100,000.So, with a big win over Nate, it's very apparent he took home an impressive amount in millions.

So, his recent victory has paved the way for his more significant success, and his next fight against other contenders will undoubtedly increase his net worth as well.