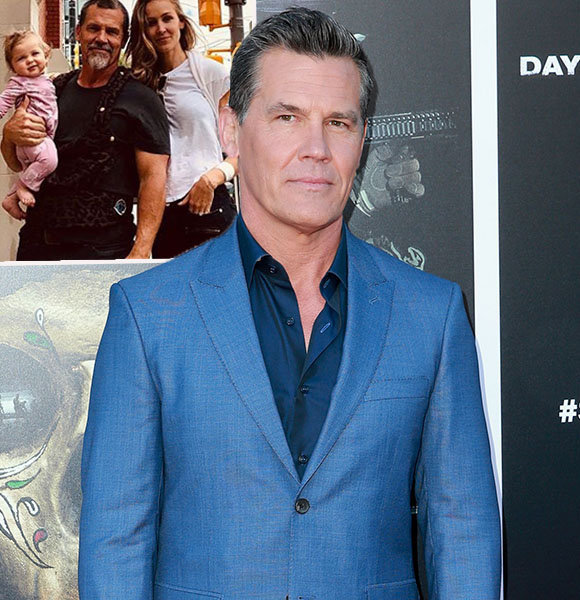 Actor Josh Brolin is best known for playing the role of Llewelyn Moss in the critically acclaimed movie, No Country For Old Men (2007). His performance in the movie even led to his win at the 2009 Screen Actors Guild Awards in the category of Outstanding Performance by a Cast in a Motion Picture.

He moved towards more mainstream roles afterward in his acting career. In 2018, he landed the role of iconic villain Thanos in Marvel's big-budget franchise movie Avengers: Infinity War (2018).

He played the same role in the sequel of the film titled Avengers: Endgame (2019), for which he won in the category of Choice Movie Villain at 2019 Teen Choice Awards.

Josh is married to Kathryn Boyd, an actress, and his former assistant for two years. The two started dating each other in 2013 and got engaged two years later in May 2015.

Eventually, a year later, on 24th September 2016, the actor tied the knot with his fiance at a private wedding ceremony. The auspicious event took place at the Chattanooga Club in North Carolina among their family and close friends. The newlywed couple's family members and celebrities including Bradley Cooper and Matt Damon were among the guest list at the wedding.

Eventually, Josh and his partner stepped towards parenthood after the birth of their daughter, Westlyn Reign Brolin. The Deadpool star's first marriage was to actress Alice Adair. She is best known for her roles in films and shows such as Beverly Hils Cops 2 (1987).

Josh married her in 1988, and it resulted in the birth of two children. Their son, Trevor Brolin, was born in 1989, whereas their daughter, Eden Brolin, arrived in the world in 1994.

But the actor's marriage to Alice didn't last long, and they eventually divorced in 1992.

Josh's second marriage was to actress Diane Lane. Their wedding was held on 15th August 2004, and the pair were married for a decade.

But this relation fuzzled off as well, and the actress mutually filed for divorce with Diane in February 2013. After a few months, the divorce was finalized on 27th November that year.

Josh's parents are James Brolin (father) and late Jane Agee (mother). The Sicario star's mom lost her life in a car accident during his 27th birthday. He opened up to Men's Journal in February 2013 about the painful experience of his mother's untimely demise:

For two years after that, I was lost and just spinning. Her love for me was hugely, hugely conditional, so it all comes down to that moment and me spending all my days trying to re-create that moment, putting myself in positions of self-destruction. I succumbed to that. And the truth is, although my mom being around was fantastic, after her death, I didn’t have to live up to that anymore. I was liberated. I matured.

The artist's dad, James, is a Golden Globe Award-winning actor and director. His acting credits include films such as Goodbye America (1997), Traffic (2007) and Last Will (2007).