Diane Lane Married & Divorce Details, Who Is She Dating Now?

By LRU Writer | On: December 24, 2019
Diane Lane is one of the most amazing actresses in Hollywood...has a career that is now exceeding 40 years...was married twice during her life...first marriage was to ex-husband Christopher...has one daughter with Christopher...married for the second time to Josh Brolin...had no children before their divorce...is not dating anyone right now...her age, net worth, and status about now is given below... 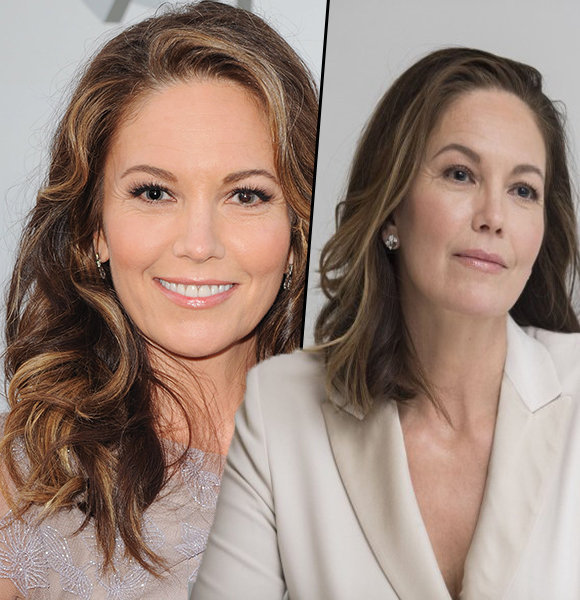 Diane Lane is a gorgeous actress known for her roles in movies such as The Outsiders (1983), Man of Steel (2013), and Under the Tuscan Sun (2003). She is one of the most highly regarded actresses in Hollywood.

Diane started her acting journey making her debut in the 1979 movie, A Little Romance. Since then, she has amassed 68 acting credits in the course of her 40-year career. She has been consistently giving marvelous performances in all of her acting stints, no matter where she was in her career.

Diane has married twice in her life and both times to famous movie stars and Hollywood personalities.

For her first marriage, she tied the knot with actor, producer, and writer - Christopher Lambert. The couple met for the first time during the filming of Priceless Beauty (1988). Diane Lane with Christopher Lambert at an event (Photo: Pinterest)

The relationship quickly moved forward as they married on 29th October 1988. Diane went on to have her first and only child with Christopher - daughter Eleanor Jasmine Lambert. She was born on 5th September 1993 in Los Angeles, California.

However, despite having a daughter together, they couldn’t continue any further with the marriage due to unrevealed personal problems. Therefore, the couple divorced on 1st March 1994, just months after Eleanor was born.

Another Interesting Read:- Where Is Kerri Green Now? Has The Actress Gotten Married Over The Years?

And for some years after her divorce, Diane decided to explore the dating scene. During this period, she dated a few Hollywood A-listers such as Timothy Hutton, Nicholas Cage, Matt Dillon, Jon Bon Jovi, Emilio Estevez, Christopher Atkins, and Danny Cannon. However, the details about when did she date these men, and for how long, is not known.

Then came her second marriage. Diane got into a nuptial relationship with Josh Brolin. She married the Thanos actor on 15th August 2004 at Josh’s central California ranch, and Josh, who was previously married to Alice Adair, became a stepfather to Eleanor. However, their relationship was chaotic from the get-go. Josh was arrested for domestic abuse after a physical confrontation with Diane in 2004. Diane did not press any charges, however, the police still arrested Josh.

The husband and wife’s relationship did get back on track in 2005, and it lasted that way for many years. But, disaster struck on New Year’s eve 2013 when the actor was again arrested for public intoxication. He was released without charge, but following the day of his release, he was spotted at Venice, California, without his wedding ring.

This incident further fueled their already-unstable relationship as the couple was living separately for several months before this incident happened. Consequently, the only thing left to happen was their divorce, which came after nine months of the New Year’s eve incident, on 27th November 2013. The ex-couple never had any children of their own.

As a result of her long-running acting career, Diane has been able to earn enough wealth to boost her net worth to quite a significant amount.

Diane also owns a lavish house in the Los Angeles area of California.